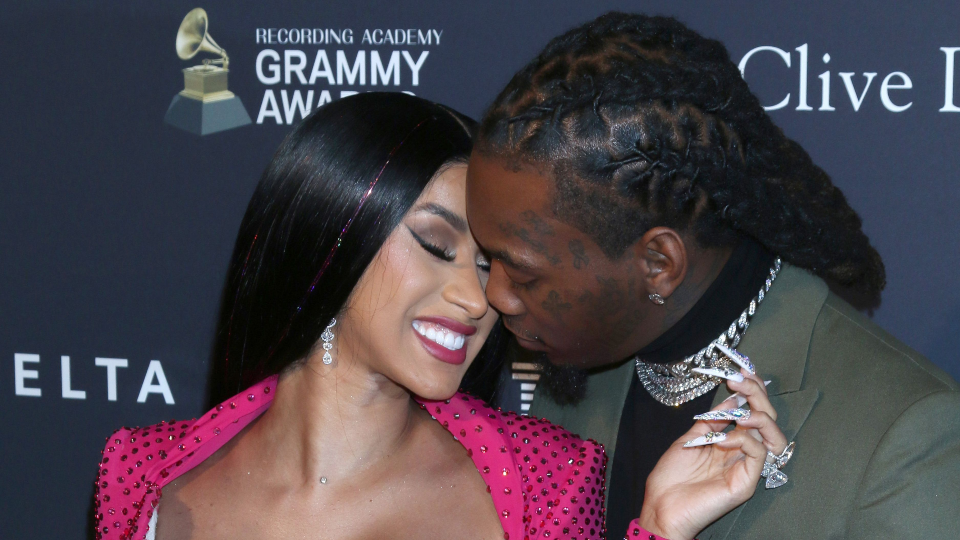 Grammy Award-winning rapper, Cardi B shares a secret story of her first recording with her husband Offset.

CardiB shared the secret through a voice tweet, she shared on Monday, April 5.

The 28-year-old mother of one spoke about becoming intimate after the successful collaboration in the studio for their song “Um Yea.”

‘I don’t want to give you this weird, fake a** romantic, awkward story, but I remember this one time when I was in the studio with Offset and he was doing Um Yea, the song that me and him have together,’ she recalled in a voice tweet on Monday.

‘Right after’ the recording session, the lovebirds celebrated finishing the track by having sex.

Cardi and Offset, who welcomed their daughter Kulture Kiari Cephus in 2018, met in 2017 and got married that same year.

In September 2020, she filed for divorce from the Migos rapper, but they later rekindled their relationship just two months later.