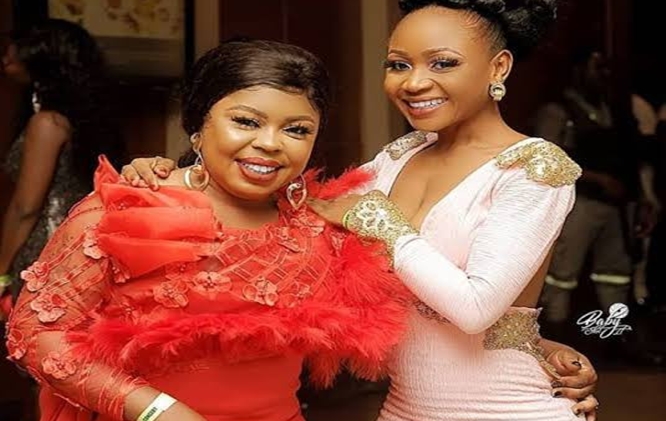 After popular Ghanaian actress Rosemond Brown, better known as Akuapem Poloo, was sentenced to three months in prison by an Accra Circuit Court over the publication of obscene material and domestic violence, Ghanaian media personality Afia Schwarzenegger has reacted.

Schwarzenegger hailed Child Rights International for dragging actress Akuapem Poloo to court, then she slammed those celebrities calling for the actress’ freedom.

Akuapem Poloo was today, April 16, sentenced to 3 months in jail for snapping naked with her son and posting it online to wish him a happy 7th birthday last June.

Though she shared multiple posts after to justify her actions, including positing photos of American celebrities who snap naked with their kids, Child Rights International dragged her to court for her action.

She pleaded guilty and was convicted then sentenced.

Reacting hours before Akuapem was convicted, Afia said Child Rights International’s action is a step in the right direction as she believes it will benefit the actress’ son who is the center of the ongoing scandal.

Speaking in an interview on Accra based radio station Okay FM, Afia said: “I do not speak on issues already in court and clearly this is not my business but I am just congratulating the Child Right International for their action that for once someone has risen to defend the rights of a child.”

Speaking on the ongoing social media campaign to #FreeAkuapemPoloo, Afia said celebrities engaging in the campaign are ignorant of the fact that the nation is governed by laws. She added that the accused was wrong by exposing her son to nudity.

“Is it fair to take a nude picture with your own child, I honestly don’t want to talk about this and I have taken a stand with the Child Rights International and not people who are ignorant of the law and have taken to social media to campaign on herself,” she stated.

She further stated that those fighting for Akuapem are “blockheaded” and illiterates who are only fighting for the release of an abusive mother who is supposed to go to jail for her crime.