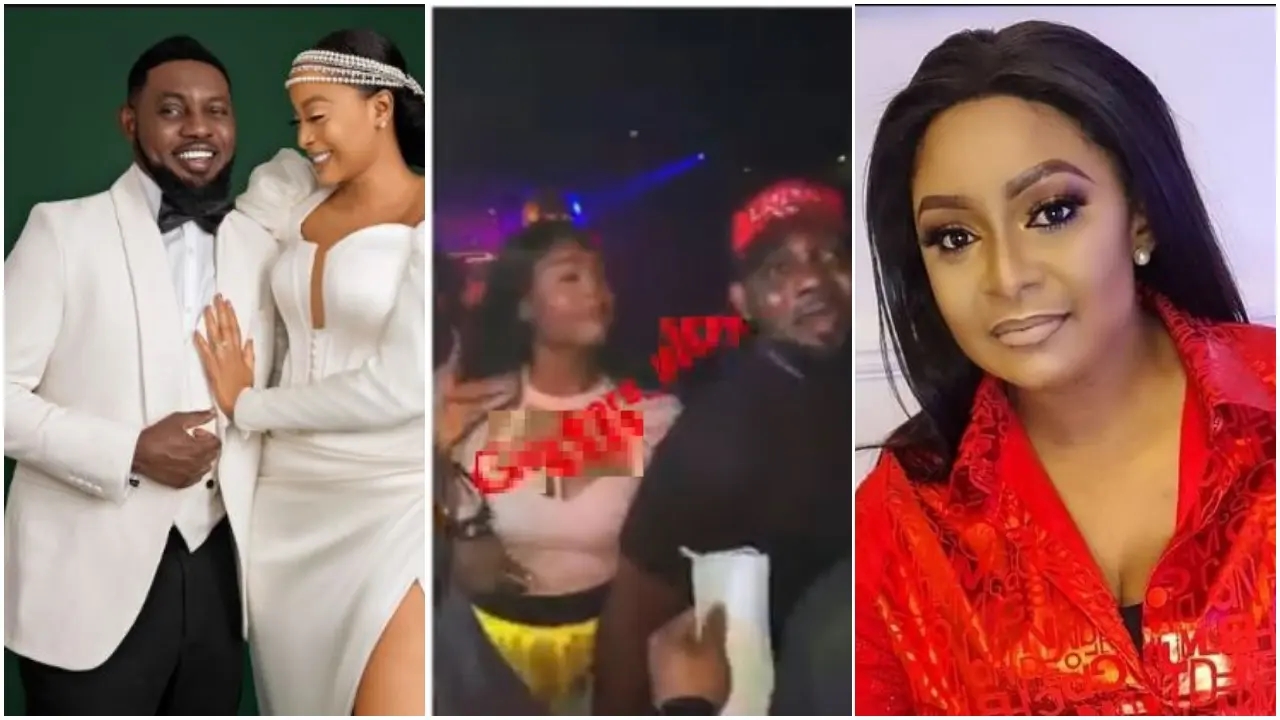 Nollywood actress Victoria Inyama has been dragged to the muds by Nigerian comedian Ayo Makun popularly called AY, and his wife over her comment on a blog where she shaded the comedian for publicly going on a date with a mystery lady.

Earlier, Instagram blogger, Gistlovers, shared a video of AY and a mystery lady who attended the movie premiere of Williams Uchemba over the weekend.

The video generated several reactions online while some netizens slammed AY and his wife for flaunting their photos on social media creating a picture that everything is rosy in their marriage others including Victoria Inyama slammed the comedian for publicly disgracing his wife.

Reacting to this, the wife of the comedian Mabel Makun, expressed her disappointment at Victoria Inyama for jumping to conclusion and urged her to get busy and productive instead of following up on lies with bloggers.

Also, reacting AY on his Instagram page dragged the actress for accusing him wrongly of something she did not witness but only assumed because a blog posted it. 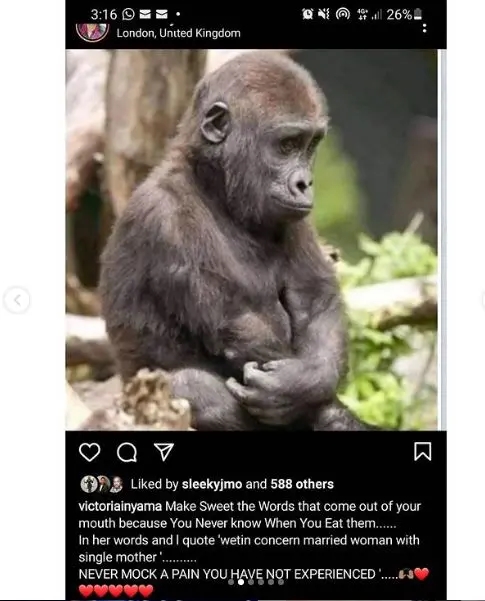 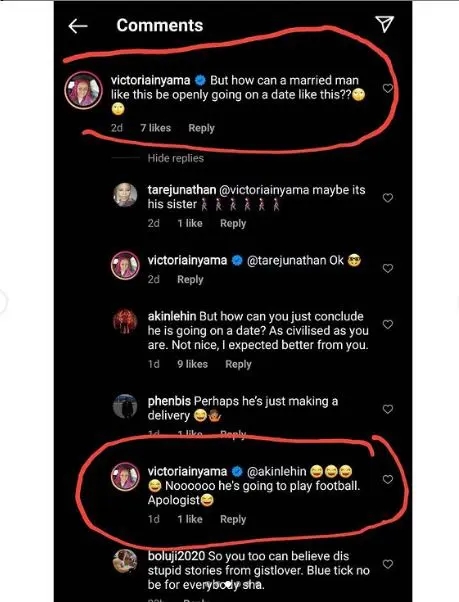 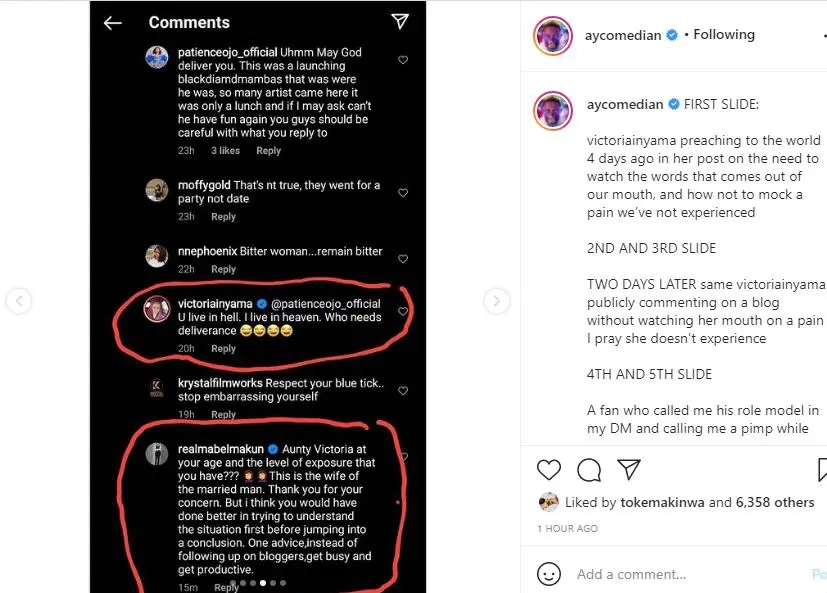