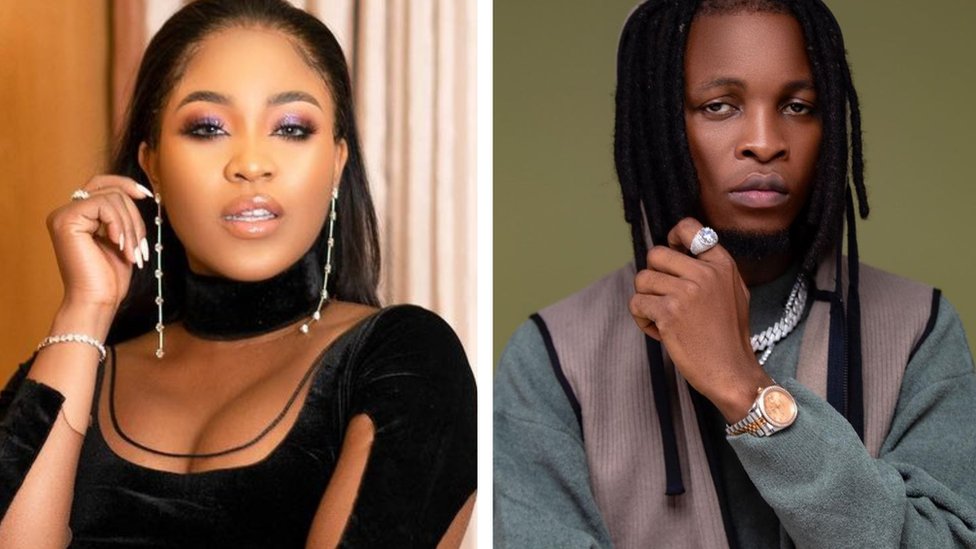 Reality stars from the BBNaija Lockdown edition; Olamilekan Massoud Al-Khalifah Agbeleshebioba, aka Laycon and Erica Nlewedim have settled their differences.

Erica made this known in a new video on her Instagram page.

It would be recalled that Erica and Laycon started off as close buddies during the BBNaija lockdown edition.

Along the line, they had a fall out and had since been seen as enemies of one another.

The enmity spread to their fans, Elites (Erica’s fans) and Icons (Laycon’s fans), who use every opportunity to engage in verbal wars on social media.

The hatred between the two ex-housemates lingered even during the reunion show in June.

Although Erica had during the reunion said she doesn’t care about Laycon, the duo have now reconciled.

They were spotted in a video hanging out together on Friday.

In the video, Erica said she was cool with Laycon.

She captioned the video, ‘We are cool.” Laycon also hailed Nigerians in the footage.

The Singer and actress also followed each other on Instagram.

Following their reconciliation, fans have taken to Twitter to share how they feel about the new development.

A tweep, @Tee_Classiquem1, wrote, “Imagine fighting all your destiny helpers on Twitter because of Laycon and Erica only for them to squash their beef and settle a day to the new season of #BBNaija. I hope you all will eventually understand this BBN thingy is just a show and stop inheriting unnecessary enemies.

Another tweep, @_Asiwajularry, said, “Planned BBNaija script or not, Laycon and Erica will eventually get along. Only those that have blocked and cursed each other’s parents on the issue will feel pained to see it happen.”

“Those of you that blocked each other because of Erica and Laycon, will you unblock now or you still want to build that house?,” @Smithie___ asked.

@favorgrace19 wrote, “I am Laycon stan and I support him and Erica reconciling. Nothing bad in settling their differences, that doesn’t mean they will be buddies but cordial with each other.

“And just like that Erica and Laycon just closed the lockdown season.” @glitzy_cynthia said.

Meanwhile, a new season of Big Brother Naija will be airing on Saturday, July 24th, 2021.

The winner of the new season will walk away with N90 million worth of prizes.