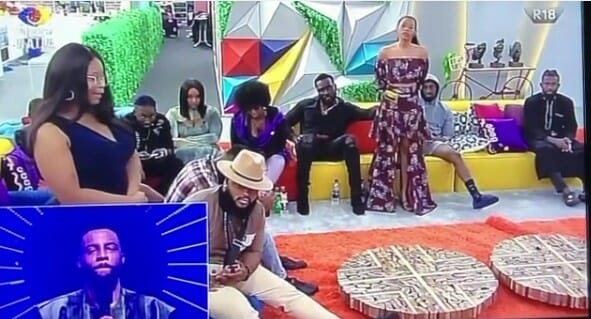 With an emotional goodbye, Arin left with lots of hugs from virtually all the other housemates. Surprisingly, Princess refused to give a goodbye hug to any of the housemates upon her eviction.

This is typical of what Ex-housemate, Lucy did after she was evicted from the fifth edition of the big brother naija reality show last year.

Also, contrary to speculations, Princess revealed to the other housemates that she had a crush for Cross rather than Whitemoney as most housemates thought.

This is however not a surprise because she already revealed to big brother during her last diary session, that she didn’t have any romantic feelings for Whitemoney.

Finally, during a chat with Ebuka after her eviction, Princess expressed satisfaction with the eviction, she stated that she was just on the show to have an experience of what it feels like to be there, however winning the grand prize would have made her happier.