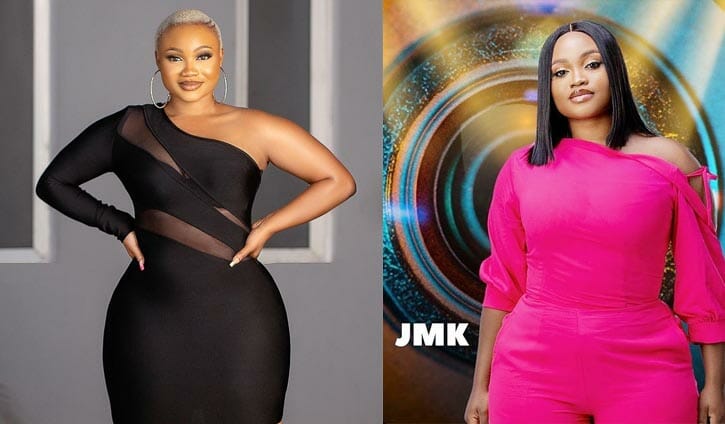 BBNaija: I am attracted to Cross, Boma using Angel for highlight – JMK

Jumoke Adedoyin popularly known as JMK, one of the evicted housemates in the ongoing Big Brother Naija, BBNaija season 6 edition has revealed her love attraction in the BBN house.

JMK, who was evicted on Sunday, August 29, has said she is attracted to Cross.

The lawyer and reality star told the BBNaija host Ebuka during her post-eviction interview, that the house was tough for her because she had no idea they would be cliques.

“I was attracted to Cross, nothing serious happened with him. We always danced together and had a few kisses here and there.”

JMk also revealed that she warned Angel against Boma because he is using her for highlights.

According to her, “Boma will come to the lounge and say what will be my highlight for this week? Before you know it, he would start moving to Angel.

“I had to warn Angel to be careful and I knew Boma was getting close to her for his highlight. “

The former Shine Ya Eye housemate added that she would focus on making more money via entertainment.