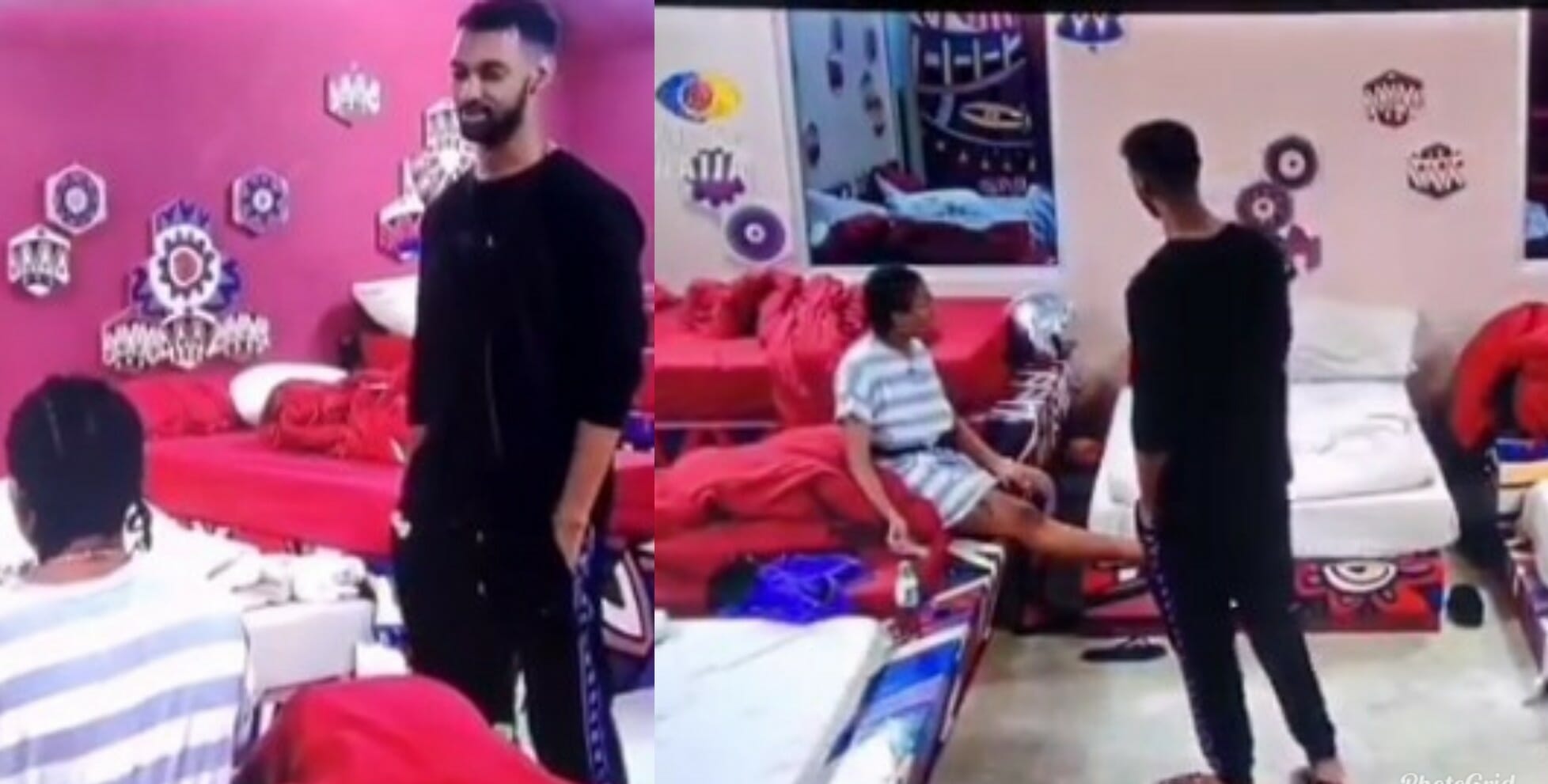 BBNaija 2021: Angel blows hot after Yousef accused her of stealing his property [VIDEO]

Angel was not happy with Yousef after he came into the Bedroom, to accuse her of what she did not do in the presence Of Jaypaul and Saskay.

Days back, Angel and Cross had a little misunderstanding, so Angel tried punishing Cross by hiding his bag inside her box.

Yesterday When Yousef searched for his bag and couldn’t find it, the first person he thought would have hidden his bag was Angel. To him, Angel was the Prime suspect, so he went straight to Angel and confronted her to give him his bag.

Yousef told Angel that she was the Prime suspect and hiding peoples’ bags was her signature move. Angel tried explaining things to him that she did not hide his bag but Yousef did not accept the explanation.

Jaypaul and saskay also joined the argument, they tried explaining things to Yousef to go and look for his bag elsewhere, and that Angel did not have it.

Yousef still insisted that Angel was with it. When Angel saw how persistent Yousef was, she got angry and demanded that he should apologise to her for wrongly accusing her of knowing where his bag was.

Yousef didn’t apologise, rather he told Angel to follow him and search for his bag.