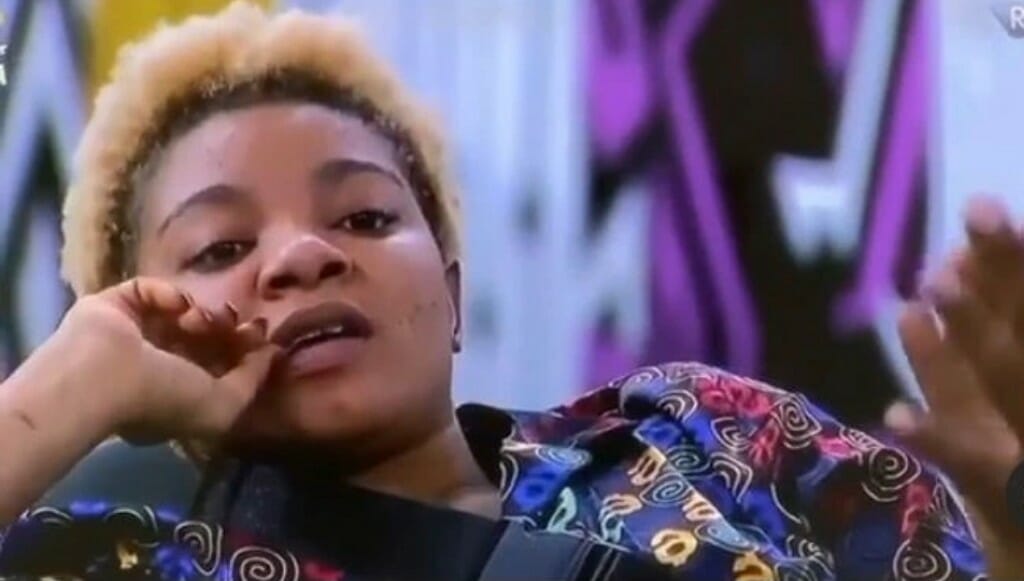 BBNaija 2021: Queen Mentions The Housemates She Would Like To Sleep With After The Show [VIDEO]

Moments ago in the big brother naija shine ya eyes house, Season 6 Housemate, Queen was spotted having a fun filled conversation with WhiteMoney, Pere and Cross.

In their conversation, Queen revealed that Whitemoney and Cross are on her list of people that she would like to sleep with after the end of big brother naija shine ya eyes show. This she termed to be her ‘knacking list’.

On hearing this, Whitemoney immediately refused to be on her knacking list as he stated that “I am too old school to be on Queen’s knacking list”.

Whitemoney repeated this statement a few times but Queen insisted as they also laughed over it at the same time.

Their recent conversation shows that Whitemoney, Queen, Cross and Pere are beginning to get along very well. And are ready to become good friends outside the house after the end of this season’s big brother naija reality show despite having a rough start at the onset.