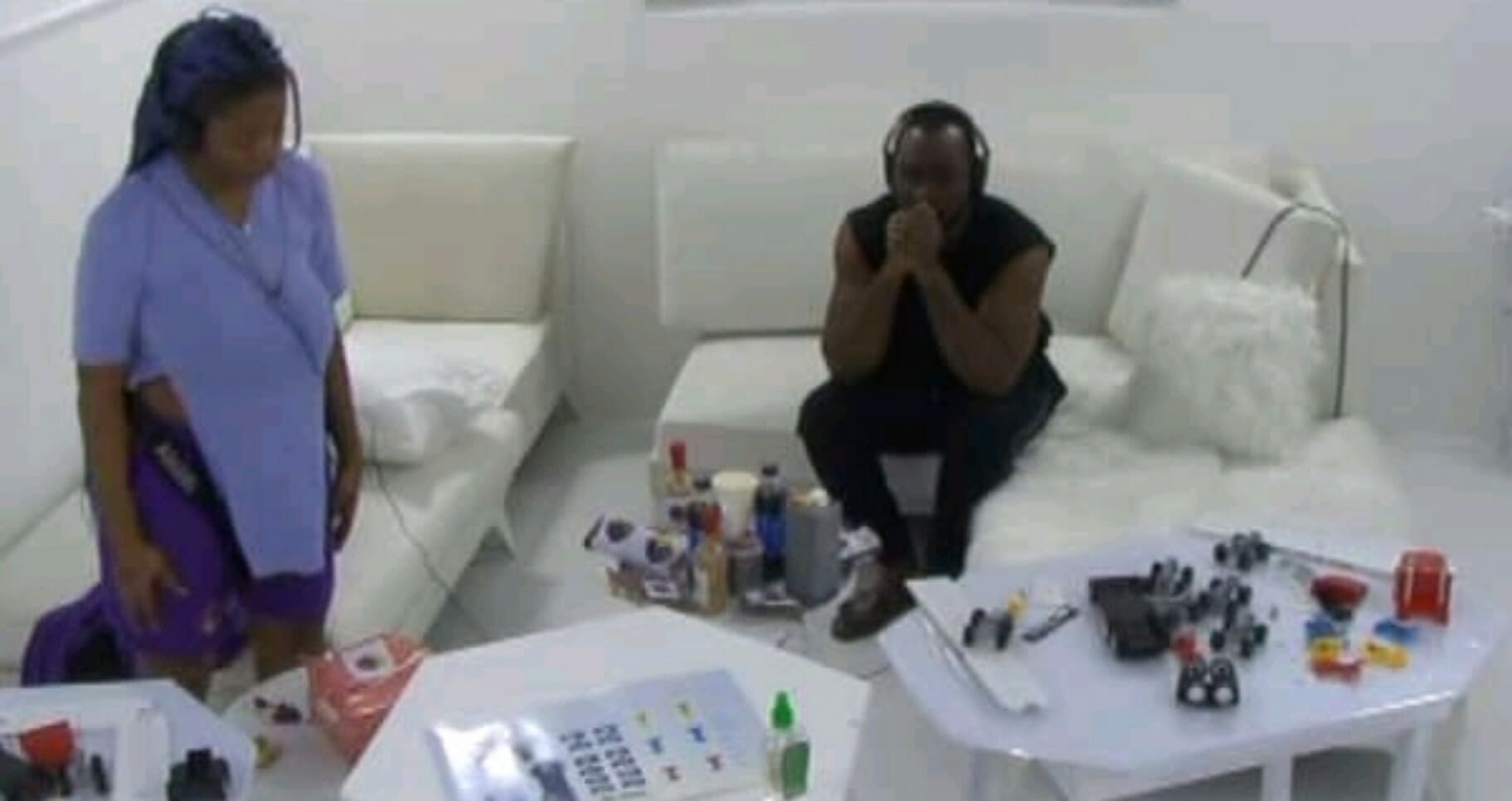 Eviction Twist: Pere and Angel Break Biggie’s Rule During The First Phase Of Their Task [VIDEO]

Big Brother Naija Shine Ya Eyes Housemates, Pere and Angel seemed to have started on the wrong foot as they broke a rule while executing their task in the White room.

We recall that Biggie assigned a game called ‘the game of trucks and screwdrivers.’ Anyone who gets to win this game is automatically qualified to join the 4 others in the house to make it 5 finalists and the other gets evicted.

Few minutes ago, they started the task as they were spotted disassembling and unscrewing the toys.

Angel didn’t finish hers. She has a part left and a broken piece while Pere finished but broke a part of the motorbike.

Biggie has decided to be leinient with both of them and urged them to continue when the light comes on.

In case you’re wondering what the game is like, here is a summary of what it entails

In this game, two identical toys were placed in front of them and then a green bulb was switched on in the room. The bulb was later switched off and they were instructed that they will unscrew and disassemble their toy trucks as soon as the bulb gets switched on. They’ll do this for as long as the bulb stays on.

If the bulb goes off and they continue working, they may be penalised and if in the process of disassembling and unscrewing, they get to break the toys, that may lead to an automatic loss.

For each successful disassembling and unscrewing, there should be 23 screws and 54 body parts.