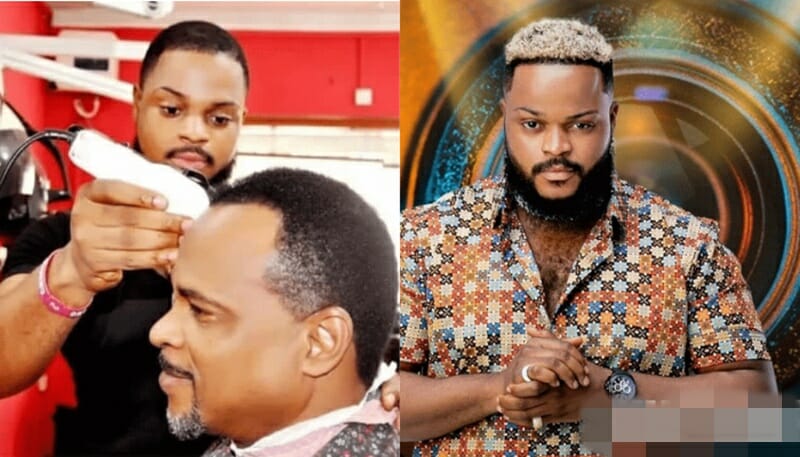 Ace actor, Fred Amata, who is supporting Whitemoney to win the ongoing Big Brother Naija reality TV show has revealed the reasons behind his decision.

Speaking with Saturday Beats, Amata said, “I and Whitemoney met many years ago at the National Stadium, Surulere, Lagos. He had a very fantastic haircut that I liked and I commented on it. He said he was the one who did it. From there, we began a relationship that has lasted many years.

“Whitemoney is multi-talented. At that time, he had a barbing saloon and photo studio. He also had a music studio. He produced some songs and also organised some shows in the Ojuelegba area, and he invited me for some of them. He gave many talented up-and-coming artistes opportunities with his studio.”

“Whitemoney became my hairstylist and no matter where I went, he was always ready to style my hair. There was a time I needed to travel by 7am and I contacted him to cut my hair the previous night. He could not make it that night because he had a show. But, he came by 5am the next morning and did an excellent job. He is really a hardworking person.”

Reacting to those who criticise BBNaija as being immoral, Amata said, “People should look at the good sides of the show. It has helped many businesses. It is worthy to note that Big Brother Naija is the biggest show in Nigeria presently and the number of adverts on the show is massive.”

Amata also stated that the show affects people in a certain way that is reflected in the fans and contestants.