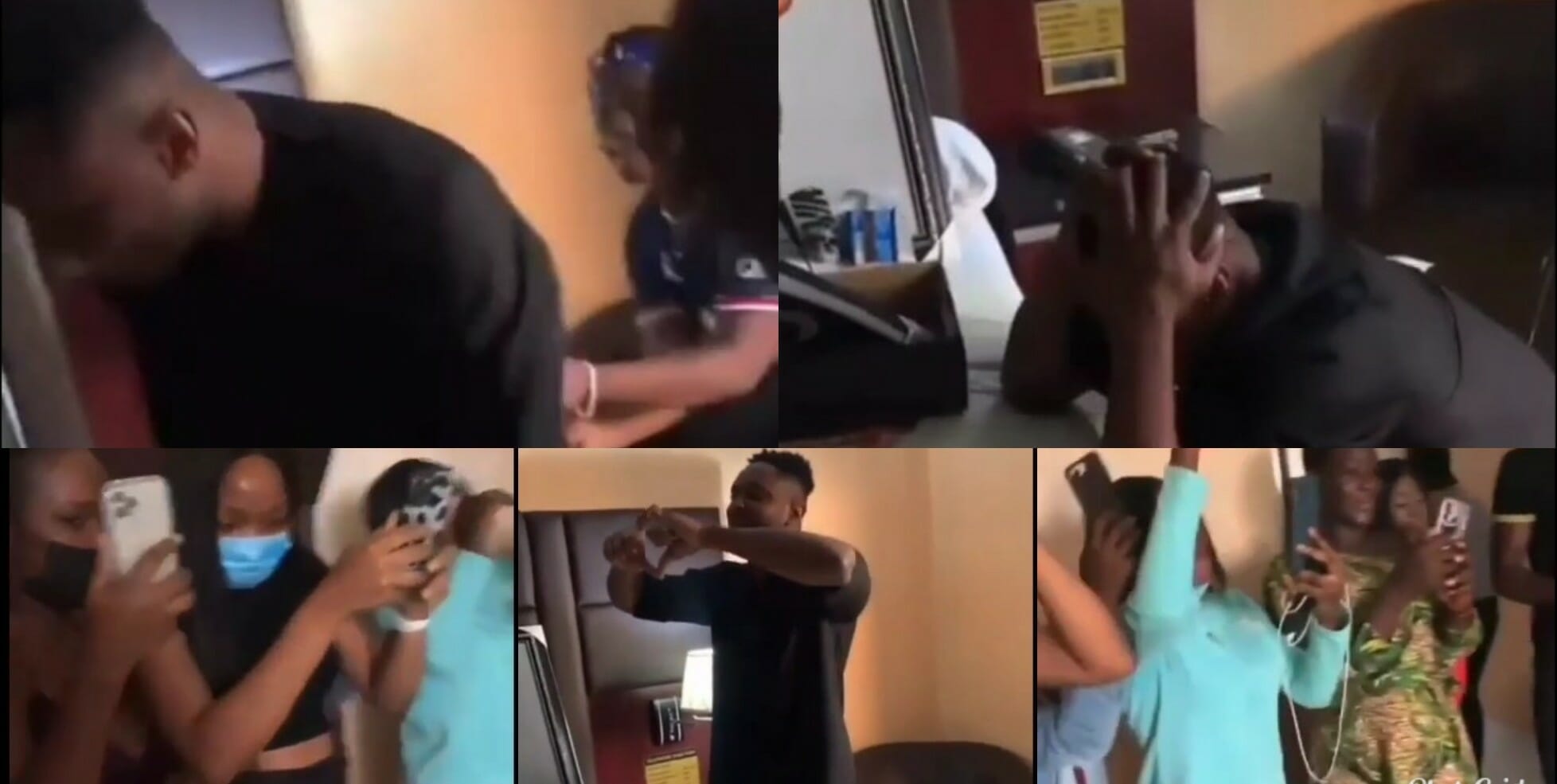 BBNaija: Cross Gets Emotional As Fans Surprise Him With N1M Cash And Expensive Gifts [VIDEO]

BBNaija Shine Ya Eye star, Ikechukwu Sunday Cross Okonkwo’s fans, have continued to shower him with great love after his moment in the reality show.

Cross, just like many other BBNaija stars, no doubt had high hopes when joining the show and he seems to have been validated by his fans who continue to express their love for him.

Just recently, Cross’ fans gave him a huge surprise after organizing a meet and greet with some of his admirers.

In a video shared on Instagram, Cross was led by his team to the surprise venue and he was shocked to see the screaming crowd.

The ‘Cross the boss’ crooner also screamed for joy when he realized what was happening as he unwrapped his gifts.

At a point in the video, Cross covered his face as if he was about to cry before joining his fans in the fun.