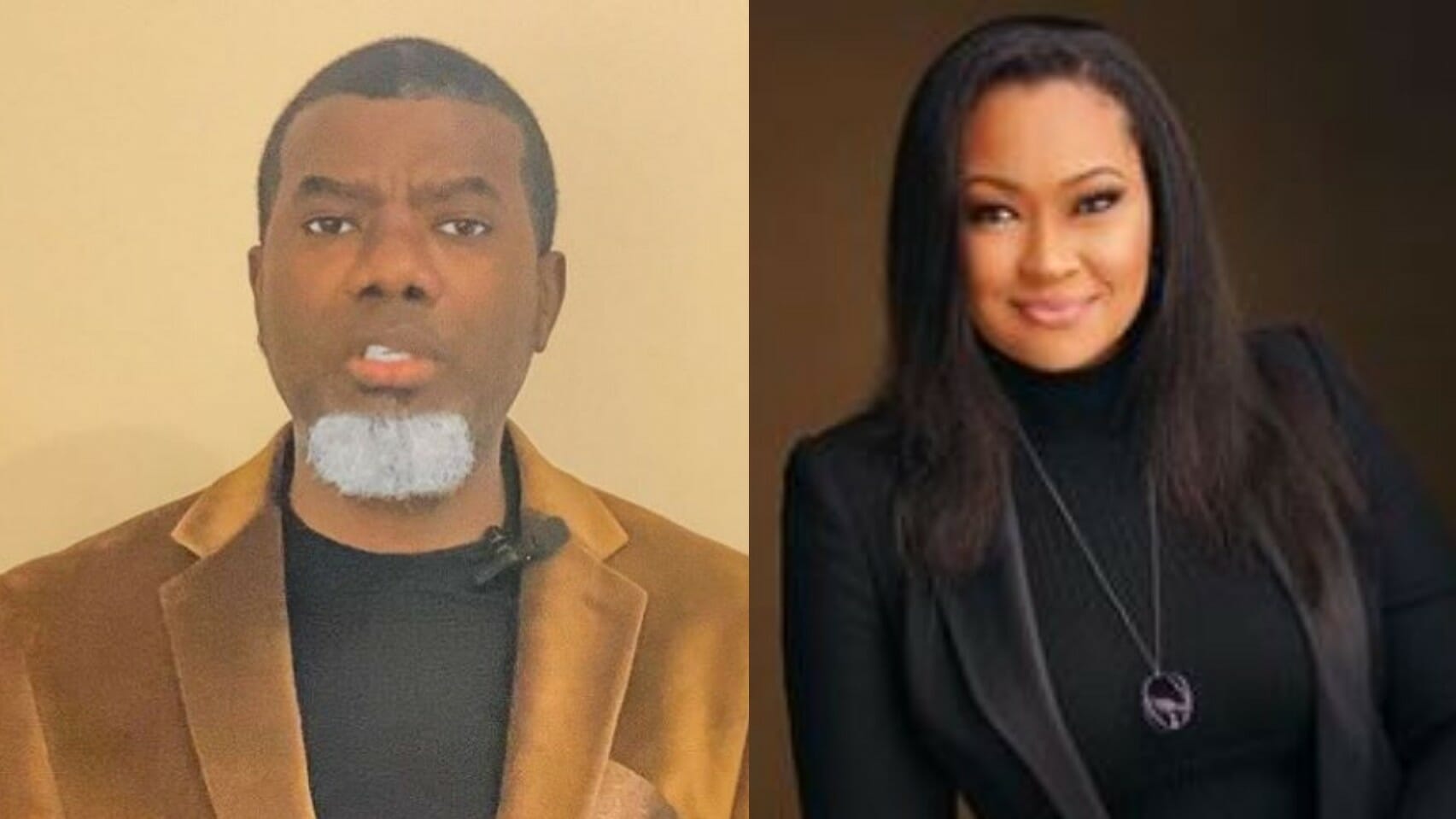 Prolific author, Reno Omokri has reacted after a lady identified as Natasha H Akpoti surfaced to accuse him of asking her out back in 2014.

This saga sprang up following Reno Omokri’s harsh response to a lady who demanded to be his Sugar baby. Reno Omokri who didn’t welcome such a request from the lady fed her with a brutal blast that stirred up this ongoing media bout.

Reacting to Reno Omokri’s harsh response, barrister, Natasha H Akpoti stated that he asked her out in 2014 at the Villa’s banquet hall during President Uhuru Kenyatta’s reciprocated visit and she subsequently turned down his advances.

This allegation has however drawn the attention of Reno Omokri who took his time to address the issue with basic proofs.

Thank you for your comment. I did not know who you were until my assistant Googled you and briefed me. You claimed I made a pass at you during an Aso Rock reception for President Uhuru Kenyatta of Kenya in 2014.

The ONLY time a State Banquet was held for President Uhuru Kenyatta during then President Jonathan’s tenure was when he visited Nigeria between May 4 to May 7 2014, to reciprocate a visit that President Jonathan made to him in Kenya between September 5-6, 2013.

You claimed I made a pass at you at that Aso Rock reception and I also asked for your number, of which you gave me a fake name and number. Interesting!

Please find attached my passport. As a Presidential spokesman, I had a special passport. Do note the US immigration stamp on my passport showing that I entered the United States of America on April 28, 2014.

Also, you may want to note the other immigration stamp from Murtala Mohammed Airport showing I did not return to Nigeria until June 23, 2014.

I also have multiple iPhone photos that I took at my children’s school between May 2-4, 2014. As you may know, Apple iPhone timestamps photos with a dated metadata.

In addition, I have a written memo from former President Jonathan granting me permission to travel to the United States for my annual leave for that period (as a Presidential spokesman, you can’t leave Abuja without the President’s approval).

I am thus at a loss about your accusations. Perhaps you met a demon at Aso Rock that took up my form, because I was not in Nigeria on the day you said you met me.

Finally, please do note that I am a meticulous record keeper. And like I said, I have an iPhone 13 at home. Why would I ever be even remotely interested in an old Nokia 3310?

Thank you and may God bless you.”