Weeks after Nigerian award-winning singer, Tiwa Savage hinted on an alleged sextape of herself and ex-lover, the video has finally been released.

The sextape went viral on Monday, October 18, barely a week after ‘Somebody’s Son’ singer, in an interview alerted that someone is about to blackmail her with the sextape.

According to Tiwa, her ex-boyfriend, by name Bolo Beckham took to Snapchat and posted a few seconds of the video and immediately deleted it.

And on deleting it, it got to Tiwa’s notice that this is internet and someone must have captured it and it’s going to be out there forever, as the person will use it to blackmail her.

“So what happened was the person did it on Snapchat and he posted the tape by accident and deleted it but someone caught it,” Tiwa Savage said.

She added, “It’s a tiny clip but it’s me and it’s going to be out there forever. There are probably going to be memes”

Meanwhile, the real sextape as we earlier stated was dropped via the micro-blogging platform, Twitter on Monday night, October 18.

As we file this report, the video has gone viral all over the internet, even though many internet users didn’t believe Tiwa initially.

Some of social media users, who reacted, are now blaming the singer for allowing the man to make a video while making love to her.

Also, the picture below happens to be what Tiwa Savage wore the day the intimacy happened. If you’ve watched the video, you’ll notice that the singer was in black, with braided hair.

Below is picture of Tiwa Savage and man of the moment, her ex-boyfriend, Bolo Beckham 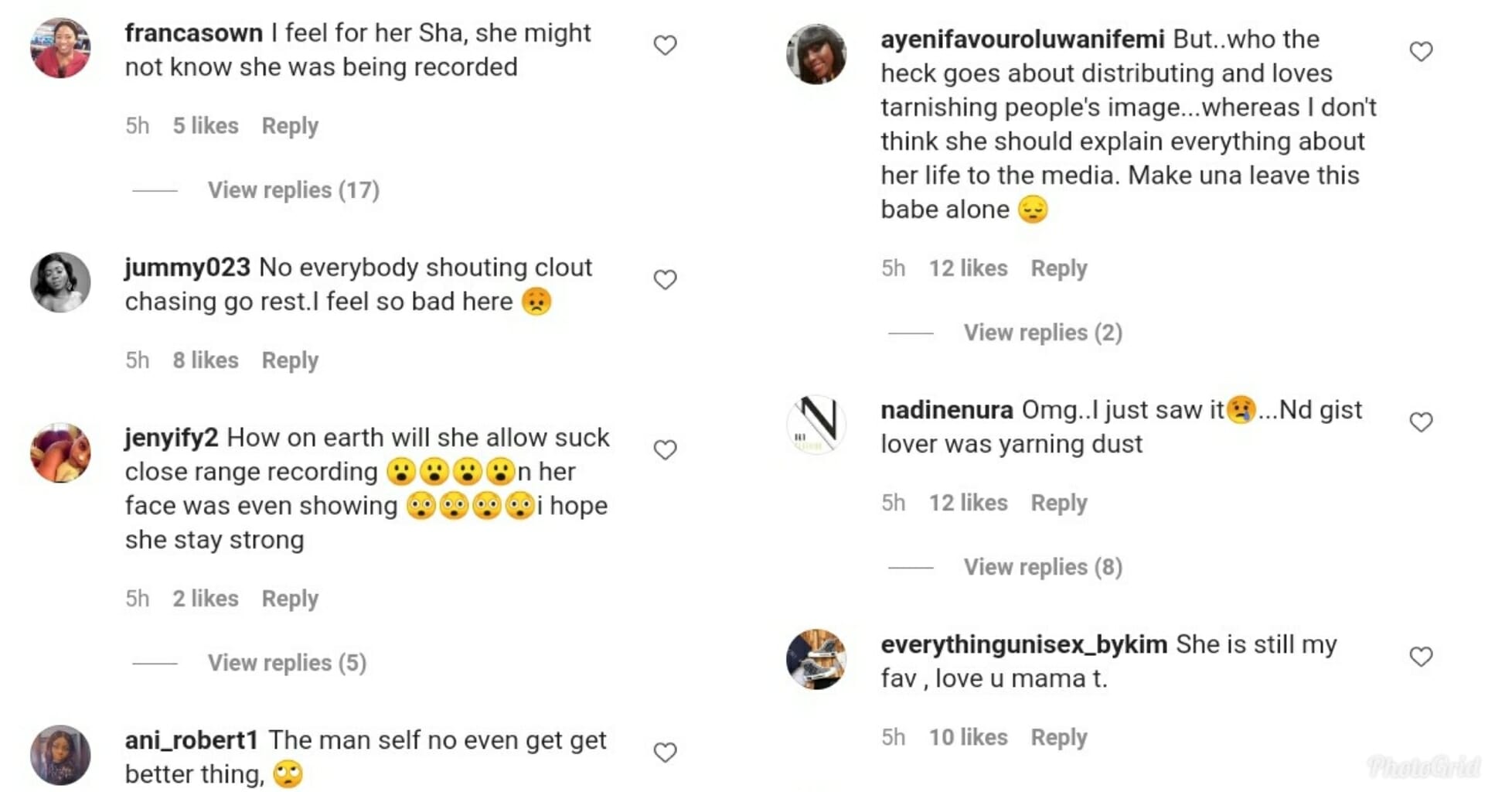