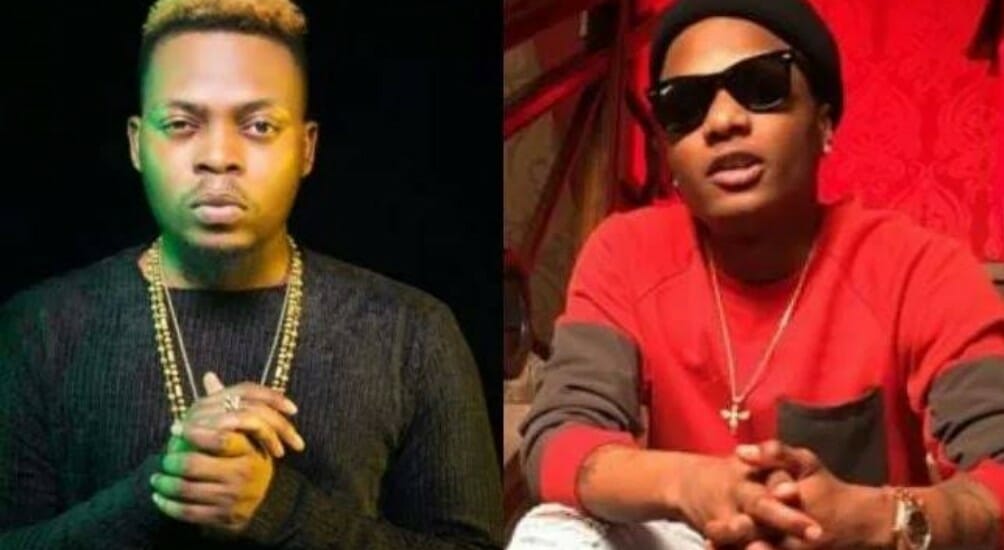 Award-winning Nigerian Rapper, Olamide has reacted after he was offered some money by a fan, to leak songs yet to be released by his colleague, Wizkid.

A social media user had asked Olamide to state the amount he would accept, so that he can release five of Wizkid’s songs.

The tweet which was an obvious joke, got the attention of the “Melo” crooner who took to his Twitter page to react.

The fan identified as @Hadamsnihyihex4, requested the rapper to leak Big Wiz’s songs because he knows the ”Ginger” crooner would not be angry at Olamide, since they are friends.

“Baddo how much you go collect abeg i wan make you help me leak like 5 Wizkid songs and videos na your paddy so him know fit para for you”, he wrote.

However, Olamide found the tweet funny by replying with a laugh emoji. 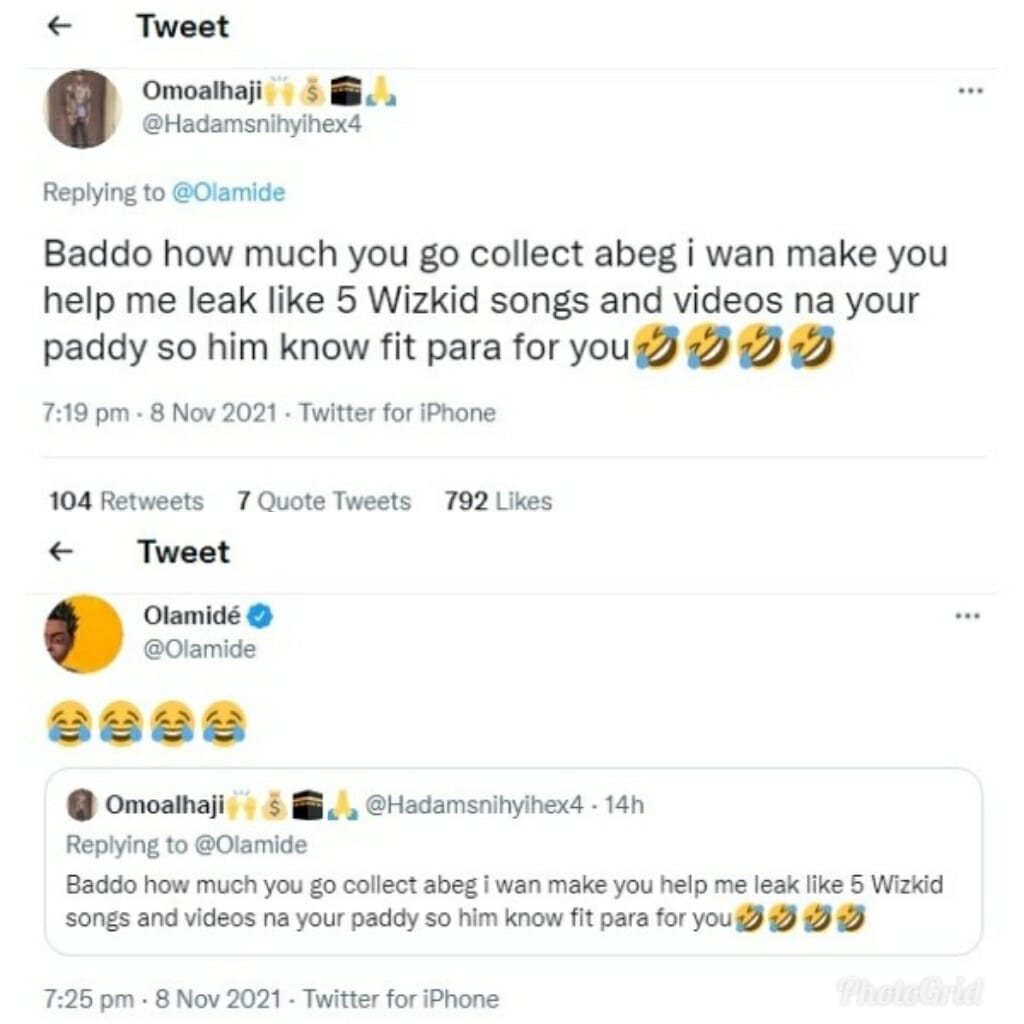