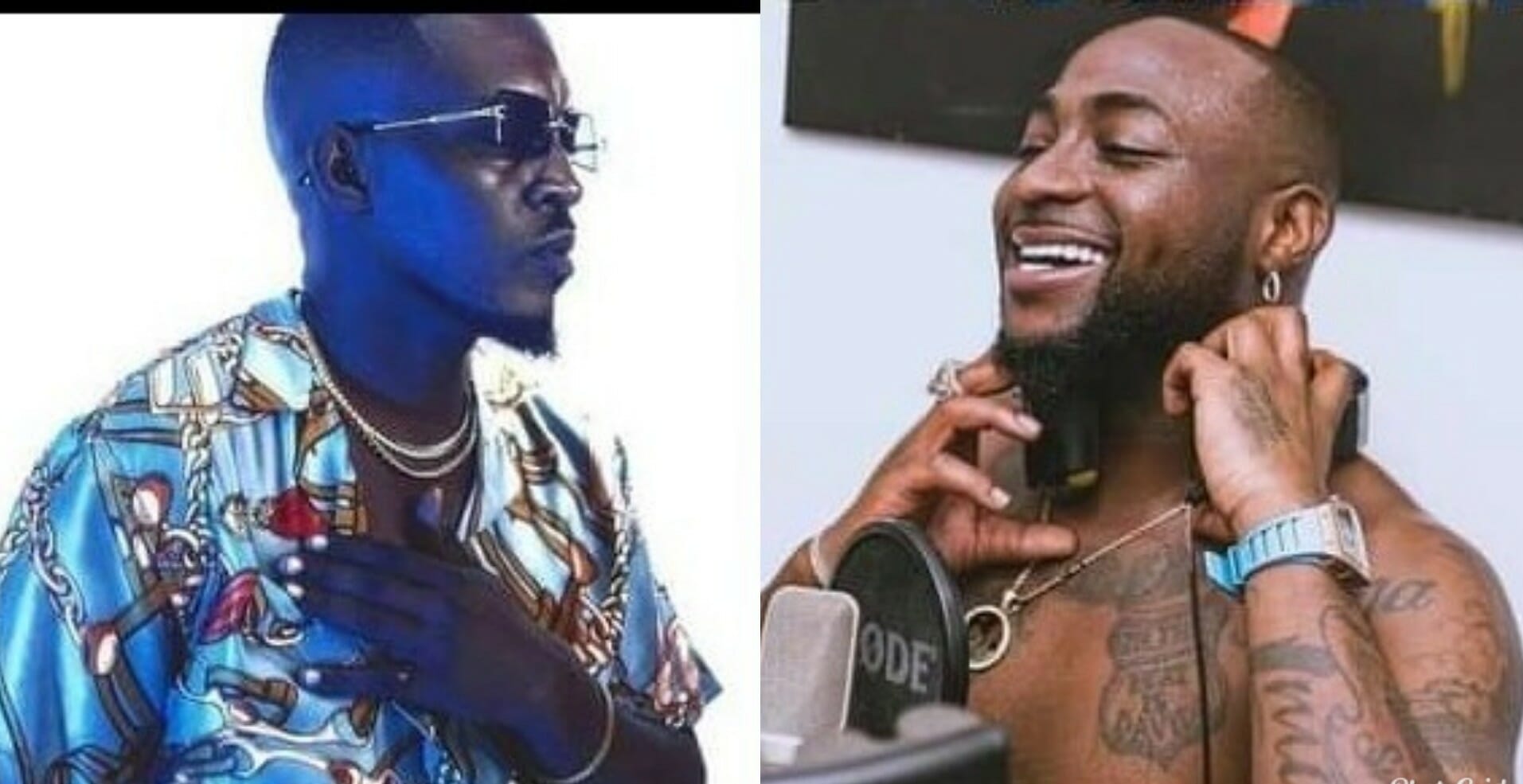 MI sent Davido the whopping N1 million on Wednesday, November 17, after the singer took to his social media pages to ask his friends, on twitter, to send him N1 million each.

Davido insisted that he has lifted so many persons, both financially and otherwise, and it’s now their turn to do same, with a birthday gift of N1 million each.

Few minutes later, he dropped his bank account details, which according to him, was created today with Wema Bank.

One of the people who sent him the money was the self acclaimed ‘Chairman’ as he eulogises Davido.

According to him, he is working towards creating a hit song with the ‘Jowo’ crooner and revealed Davido’s song, ‘Fire’ is one of his favorite songs of all time. 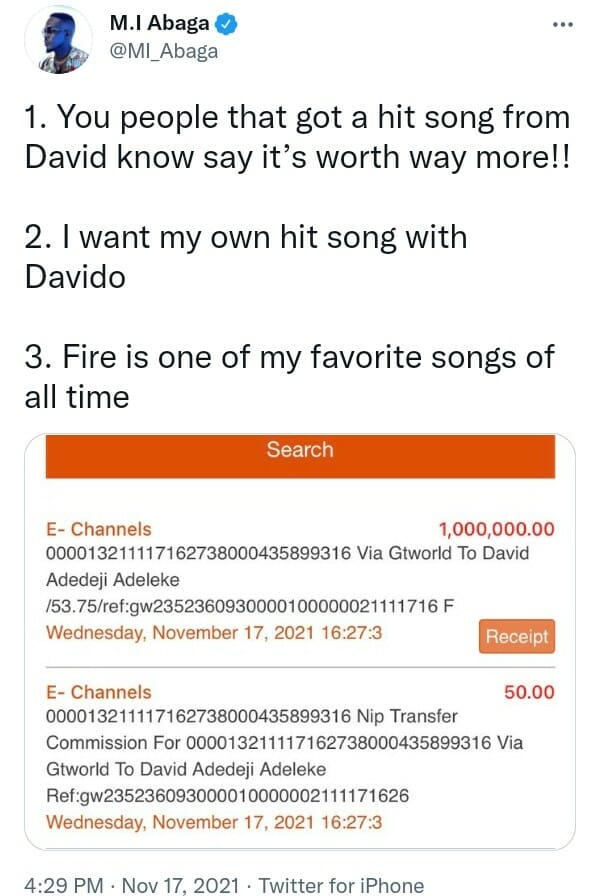 Other celebrities such as, Adekunle Gold, Chike, Zoro, Cubana Chief Priest, Emoney, Zlatan, Peruzzi, Obi Cubana, Femi Otedola, among plenty other entertainment personalities, including the Wema Bank, sent Davido the sum of N1 million each into his bank account.

At the time of this report, Davido has over N95 million in his Wema Bank account.