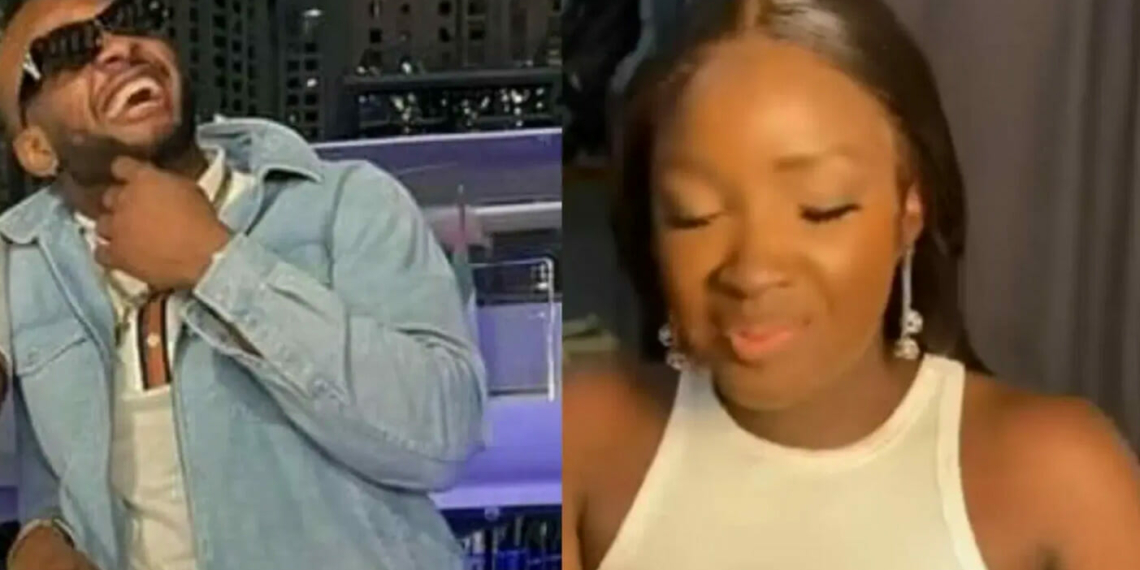 Popular Reality TV Stars, Cross Ikechukwu Sunday and Tsakute Jonah (Saskay) were seen together at the yacht party in Dubai amid controversy between Cross and her fanbase.

Recall that few days ago, there was a leaked voice note of Cross saying he doesn’t like Saskay romantically, and loves Angel one million times more than her.

This came after a lady who initiated the conversation in the voice note alleged that rumour has been going round which has it that Cross is beginning to show affection for Saskay, as against the believe that he’s in a relationship with only Angel.

However, Cross responded, and made it clear in the conversation that at the moment, he doesn’t have anyone between Angel and Saskay, he can say is completely in love with.

But, the fact still remains that Angel and Saskay are still and would always be his friends. And he has cleared their minds several times that he loves them both.

In a new video which has gone viral on the internet for lovers of the big brother naija reality show, Saskay was seen telling Cross not to Video her, during the yacht party in Dubai.

Cross ,who was live, quickly moved his phone camera away.

Watch the VIDEO below: