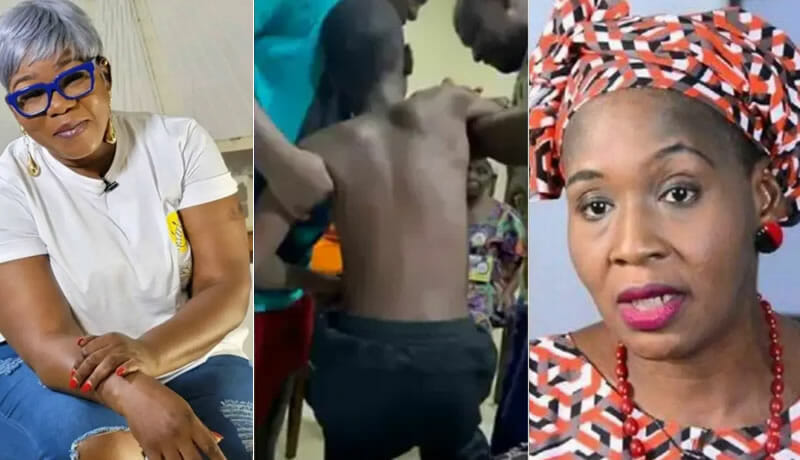 We recall that Ada Ameh had slammed Olunloyo for claiming that Sylvester was willing to join the school cult group, adding that he consented to be beaten and he agreed to drink engine oil.

However, Kemi Olunloyo, in a post shared on the microblogging platform Twitter said she had reported Ada Ameh to the police and Department of State Service for threatening to beat her up.

Kemi Olunloyo added that Ada Ameh is smart but not intelligent, urging her to focus on her dead daughter’s birthday instead of meddling in her affairs.

“My plans to get married in 2020′ – Hope Egbe
She wrote: Ada Ameh: I have reported her to the Police, the DSS @USin Nigeria and @StateDept she threatened to beat me up unaware that threats against journalists are a serious offence. Ada is smart but not intelligent. I was even told Blessing Oko advised her on decorum and filming such.” 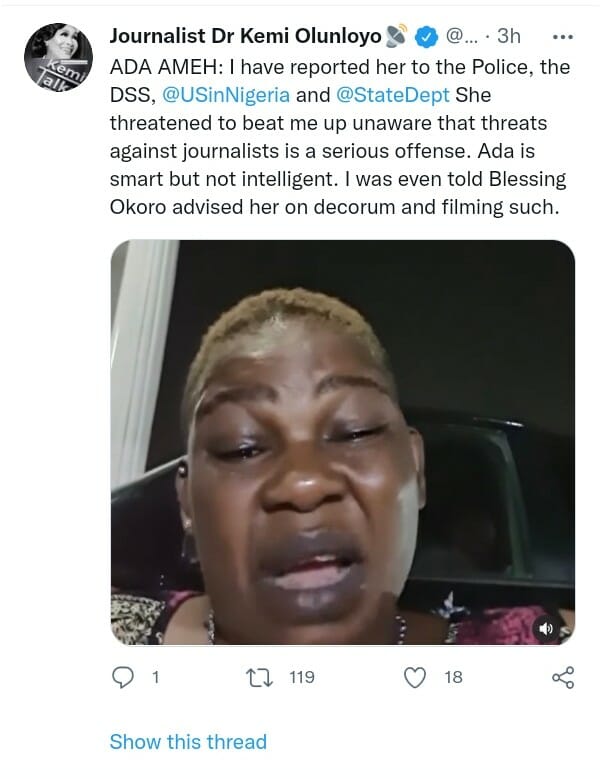