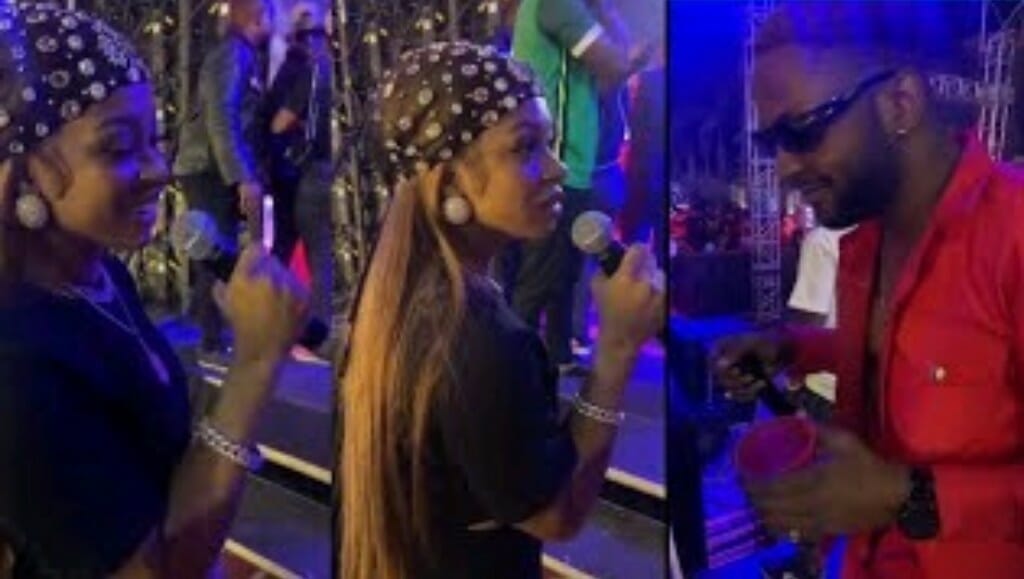 All roads led to Abuja on Sunday, December 19, as the much-anticipated Davido LIVE in concert finally went down with loads of celebrities in attendance.

A host of Big Brother Naija (BBNaija) Shine Ya Eyes ex-housemates made appearances at the concert and they all looked stunning.

Video sighted on social media captured the reality stars with their party-ready outfits as they stepped out in the Federal capital territory.

However, while some of the BBNaija stars attended the concert to have fun, there were others who used the event as an opportunity to ‘sell their markets’.

To the surprise of members of the audience, Cross assisted by Liquorose took the stage, gave an energetic performance of his music single, Feeling Funky.

Just like the title of the song, he performed in a way that made many wonder if he mounted the stage under the influence of alcohol.

Members of the audience went wild with excitement as they cheered the energetic BBNaija stars up.