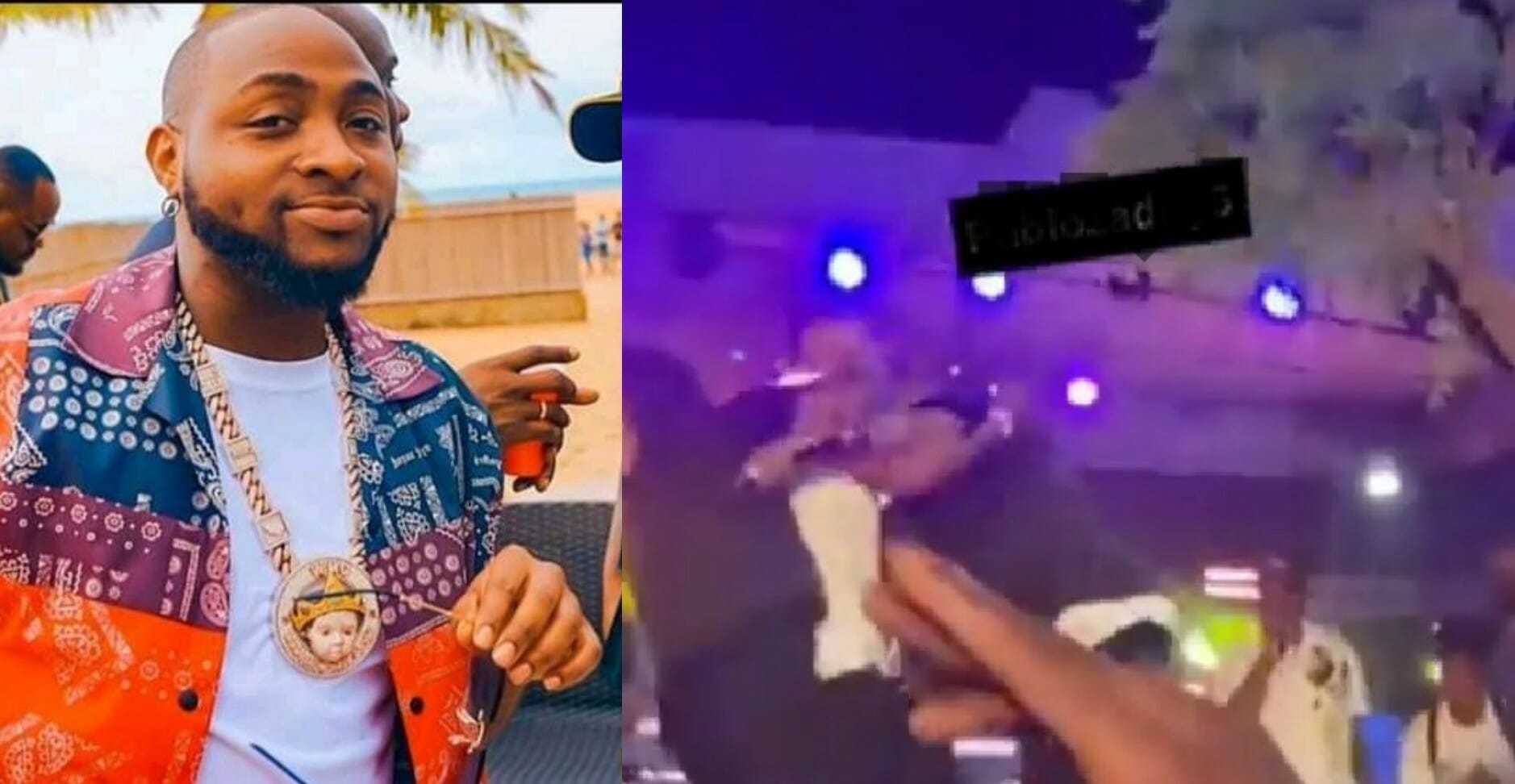 VIDEO: Drama as Davido pushes unruly fan who attacked him on stage in Abuja

Nigerian Singer, Davido received accolades from fans for evading a swift attack from a fan while performing live on stage.

This came after Wizkid encountered the same fate while performing in Abuja, which caused the singer to fall on his feet and have his designer trousers ripped.

Davido who anticipated the fan’s move swerved as quickly as he could to avoid being rough-handled by the fanatic.

With the help of one of his bodyguards, the fan was able to be restrained and taken off the platform while the singer continues like it never happened.

In other news, Nigerian and international singer, Ckay has revealed that he would be leaving Twitter soon after he was dragged by fans for allegedly liking a hate tweet against Wizkid.