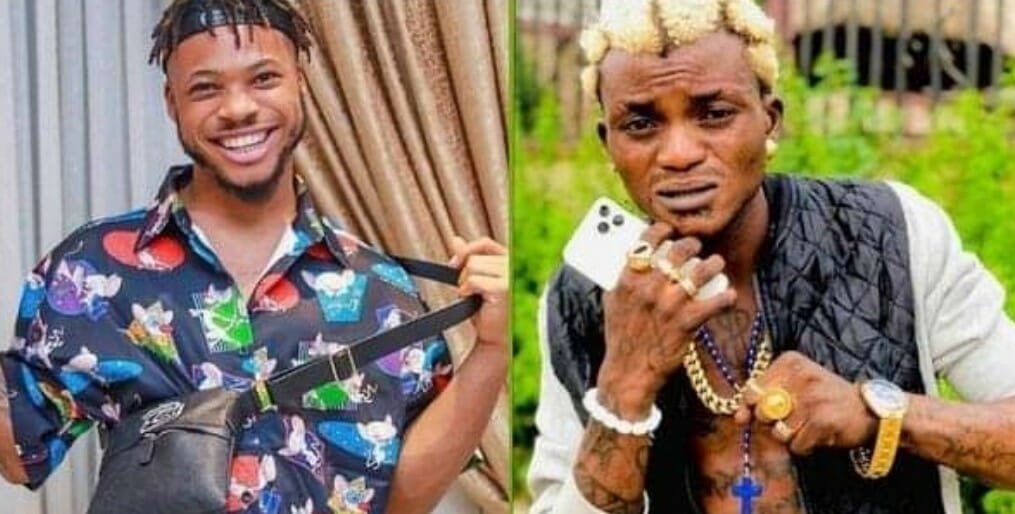 Poco Lee reacts to ensued call out after ‘Zazoo Zehh’ singer, Portable, accused him of stealing his money

It would be recalled that hours ago, Tuesday, December 21, new singing sensation, Portable who just dropped a hit song, Zazoo Zehh, on December 13, featuring multiple award-winning superstar, Olamide and dancer Poco Lee, called out Poco in a video posted via his Tik Tok page.

According to Portable, the dancer has been posing as the owner of Zazoo Zehh song, whereas, Poco Lee and Olamide were just on the song as featured artistes.

Portable also claimed that after performing the song during Olamide and Wizkid’s concert days ago, Wizkid sprayed him about $3000, but Poco Lee, who picked the money decided to give him only $600 out of the money.

Taking to his Instagram page, Poco shared some meme images with the caption, ‘Hmmmm’. He also added some laughter emojis in his caption.

Then, replying to one of the comments shared by his Davido’s PA, Isreal DMW, where he was told that Portable is looking for him, Poco Lee stated, ‘Werey Onijo’, which means, ‘mad dancer’. He also attached two laughter emojis. 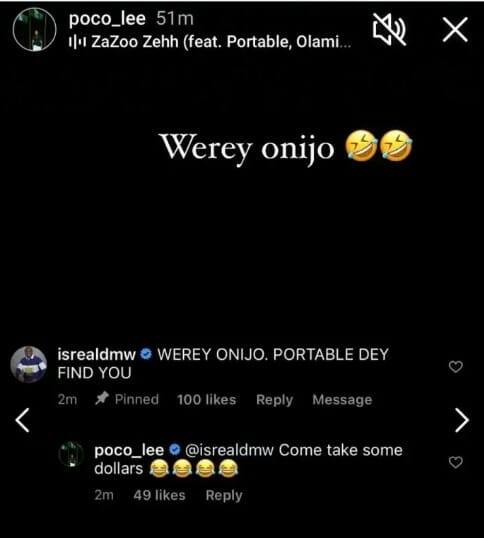