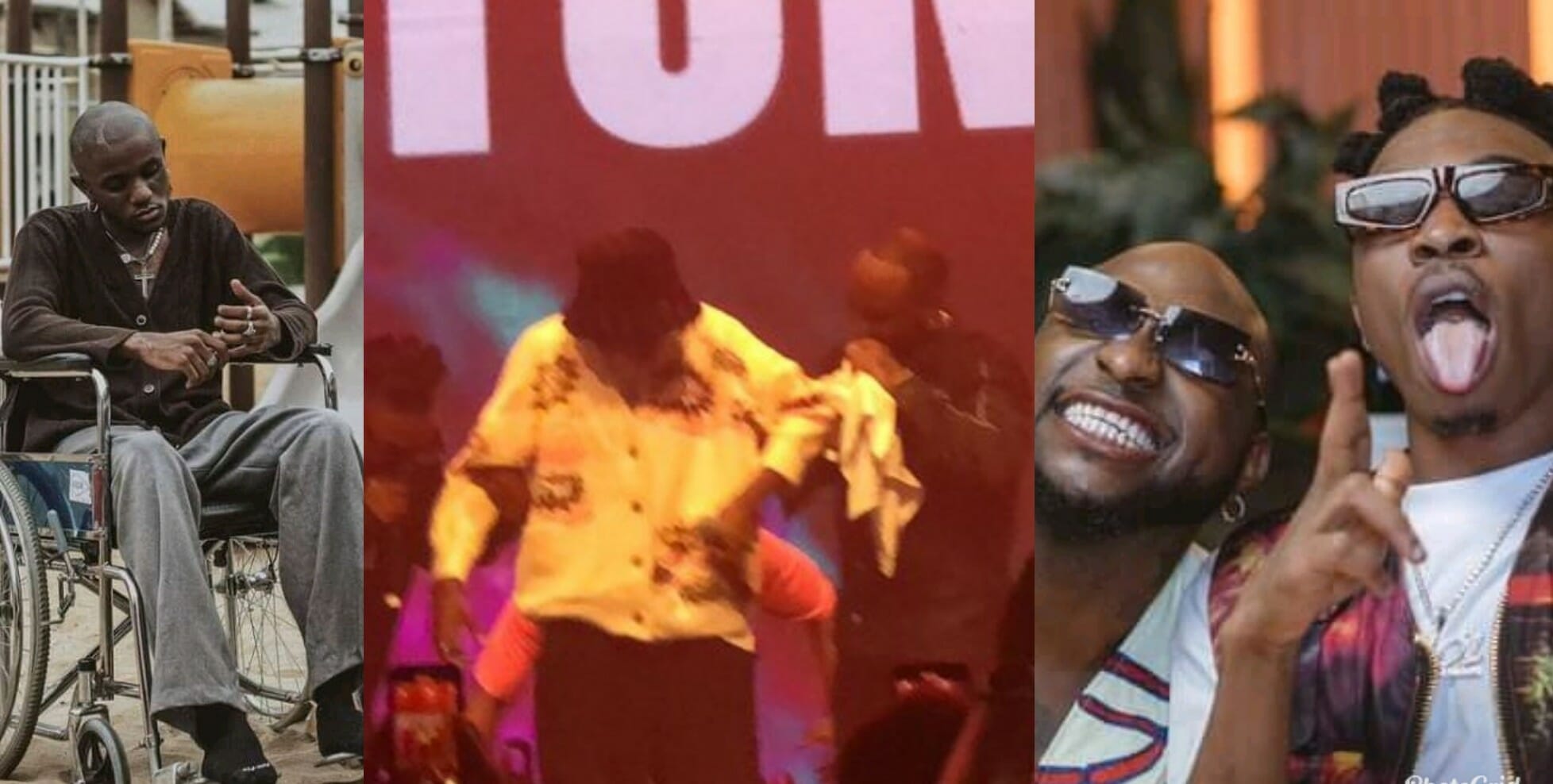 Screams, Excitements As Victony Stands Up To Perform ‘Holy Father’ With Mayorkun (Video)

Fast-rising Nigerian musician Victony, who is famous for his duet with Mayorkun on popular smash hit ‘Holy Father’, puts smiles of joy on his fans during his recent performance of the song with the former DMW singer.

Victony, for the first time since he got involved in a dreadful auto crash that placed him in a wheelchair, stood up to perform the song at ‘A Decade of Davido’ concert put together by Flytime Entertainment on December 24, 2021.

Getting balance support from revered musician Davido, Victony stepped out of his wheelchair to thrill event-goers on his feet alongside Mayorkun, profoundly called ‘Mayor of Lagos.’

During the performance, Davido shouted, “Jesus is good.”

Victony was left restricted to a wheelchair following a major surgical operation he underwent after the terrifying car accident he had on August 25, 2021.

Watch his fans scream in excitement as he sang on his two feet.