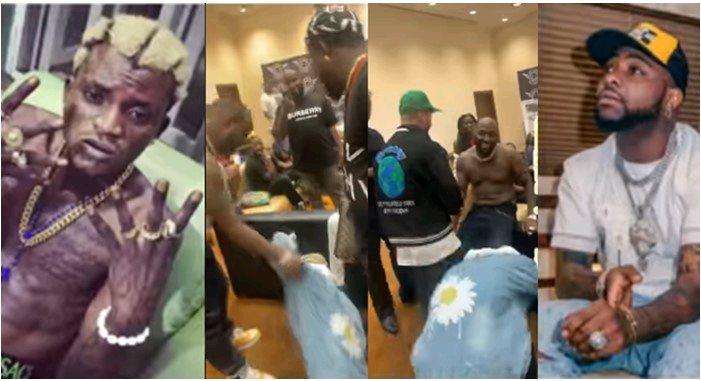 VIDEO: Singer Portable star-struck as he meets Davido after shutting down his concert

Rave of the moment and street-hop singer, Portable met superstar singer, David ‘Davido’ Adeleke for the first time yesterday and he was ecstatic.

Among the line-up was Portable who thrilled the crowd with an energetic performance of his popular hit song, Zazuu Zeh which features Olamide and Poco Lee.

After his performance, the Zazuu star was taken by Poco and international promoter, Kogbagidi, to the backstage where he met Davido.

As soon as they saw each other, Portable immediately went on his knees and bowed to pay respect in his usual street-hype style.

Davido asked him to stand up, which he did only to end up prostrating.