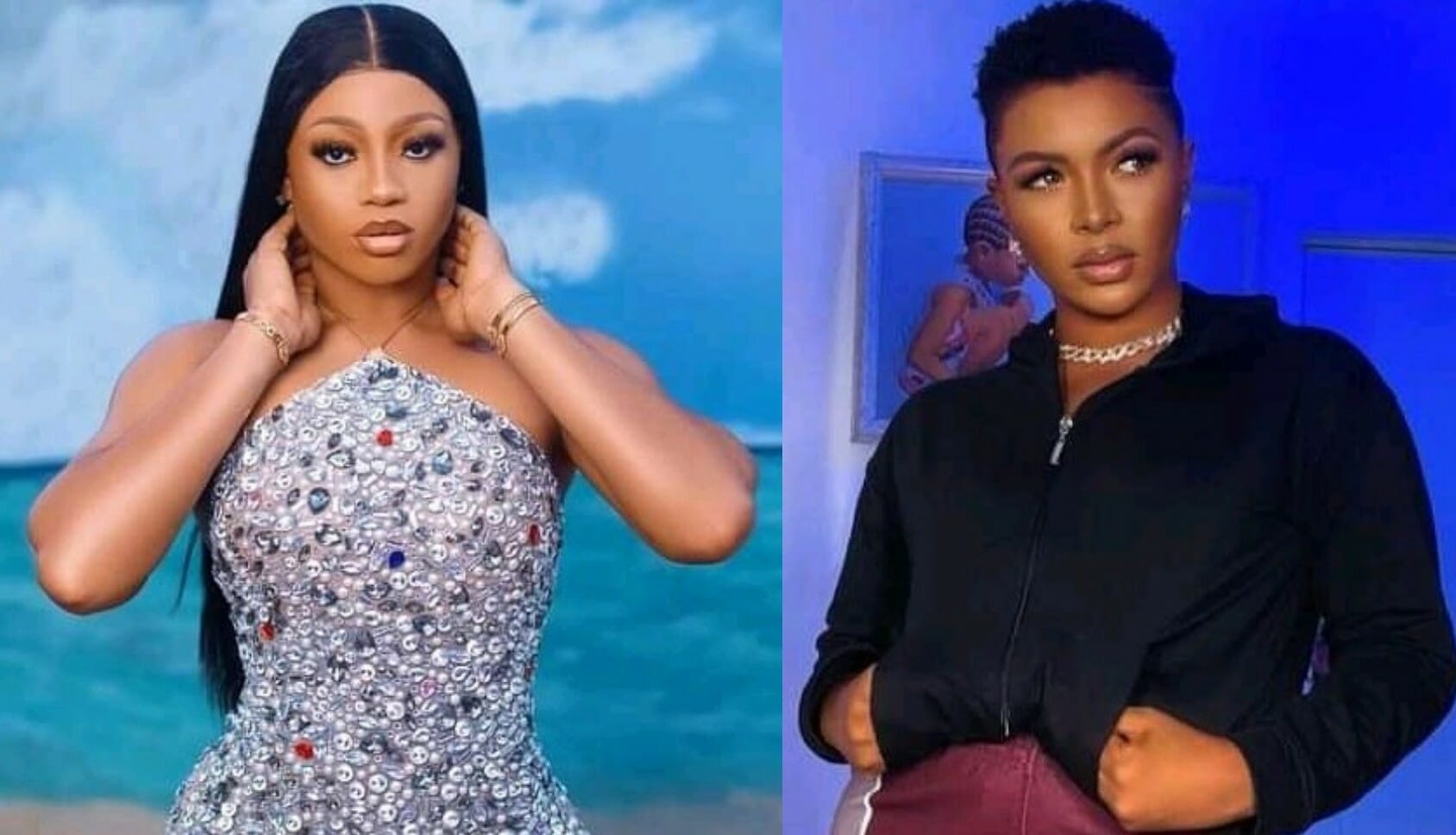 Popular Reality TV Star, Beatrice Agba Nwaji has sent some fans into uproar over her recent statement on her male friends’ sexual relationship with female celebrities.

Few hours ago, Beatrice shared a cryptic post on her Instastory over what her rich friends told her about a popular female celebrity on low cut. According to her, this female celebrity has turned down series of sexual advances from these guys after offering her huge sum of money.

The mother of one also exposed other female celebrities who are in an active sexual relationship with her friends.

She added by asserting her intention to emulate the moral values of the female Celebrity on low cut. 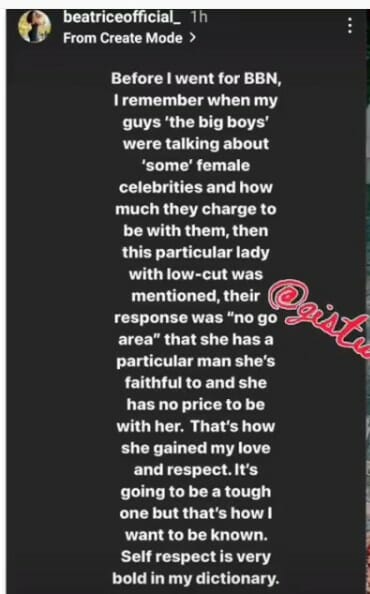 Reacting to her post, some fans assumed she is referring to Liquorose, others tagged her as an attention seeker. 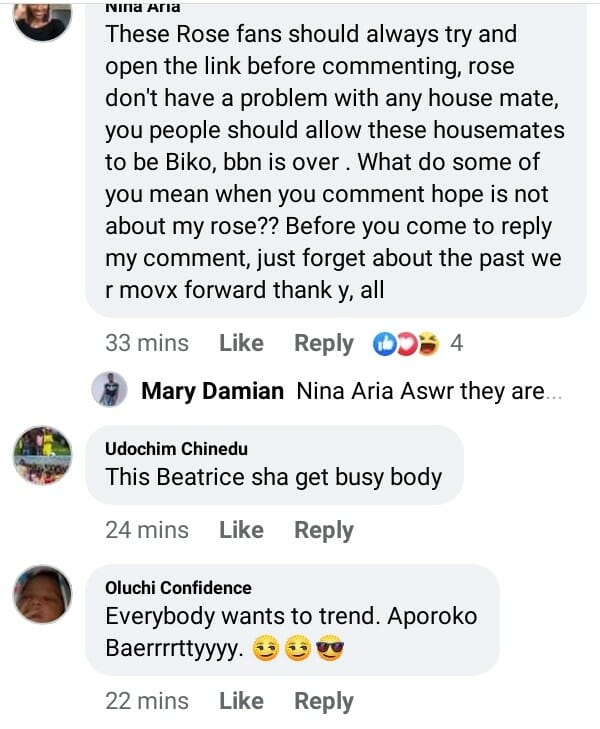 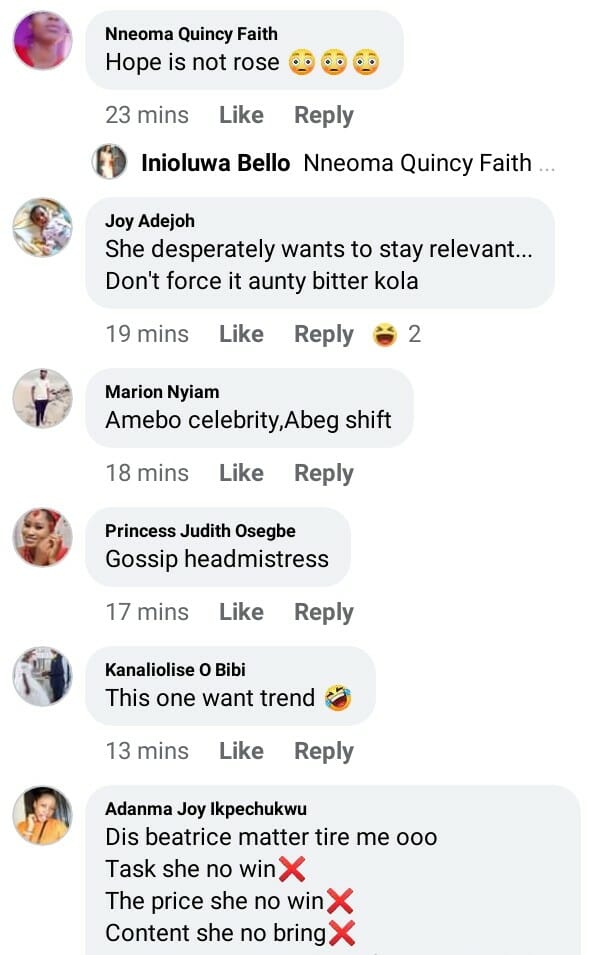