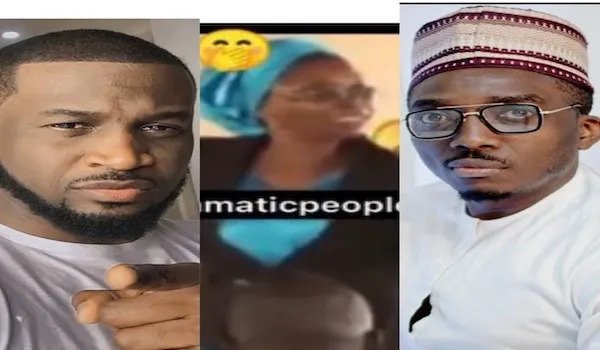 Peter Okoye of Psquare and Comedian Bovi have reacted to a video of Evangelist Funmilayo popularly referred to as Mummy G.O, where she claimed a certain dance was invented for the dead.

A few hours ago, Bovi took to his instagram page, commented on the video. The comedian was surprised at the way she demonstrated the dance steps in the video perfectly after she asserted that those who are good at it are disciples of the dead.

Reacting, Peter Okoye , who is a singer and a dancer asked Bovi, “So, I am a skeleton?

In the video, the pastor was spotted preaching to her members against break dancing. According to the pastor, break dance is originated from an American pop singer, Michael Jackson and he got his dance from the land of the dead.

She, however, noted that it is not easy for skeletons to dance softly (she demonstrated) because they dangle when they dance.