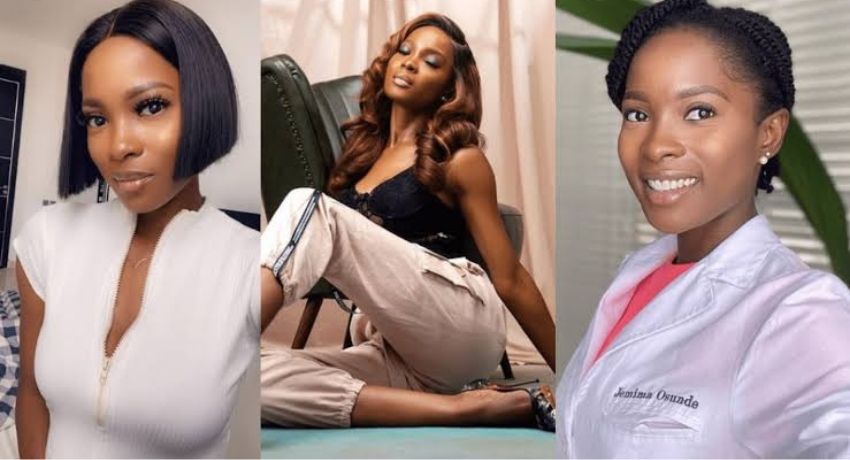 Nollywood actress, model and presenter, Jemima Osunde who gained exposure after playing Leila in the popular television series Shuga has taken to social media to call out a follower who criticized her for admitting that she enjoys Korean drama.

The actress said that she likes K drama even though she’s a Nollywood actor and a follower responded, telling her that if that’s the case, there is no point for Nigerians to bother watching Nigerian movies when the Nigerian actors themselves prefer K drama.

Jemima responded, telling him that he’s not so bright. She warned him to block her otherwise she will keep returning to tell him how flawed his thinking is.
See exchange below: 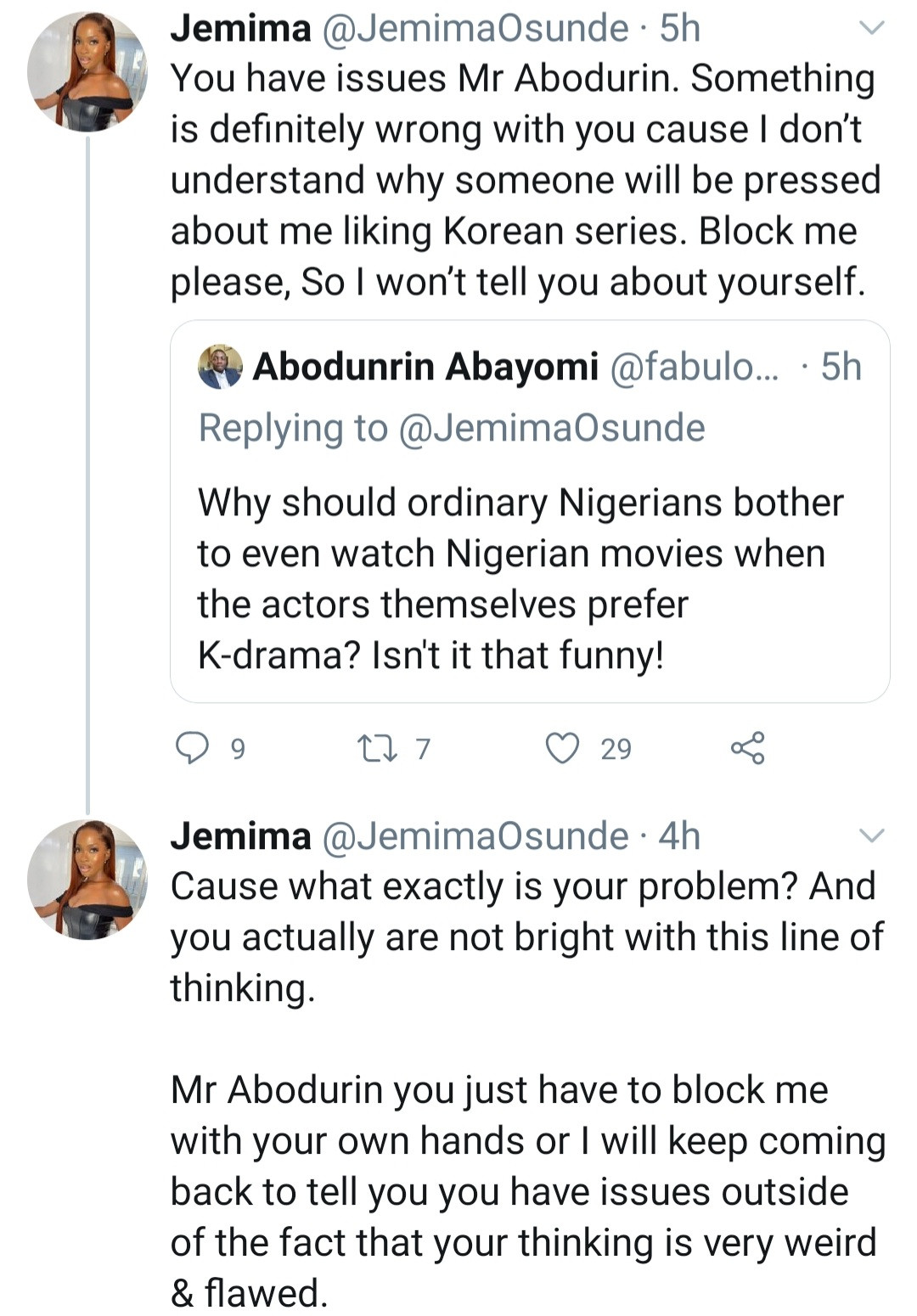