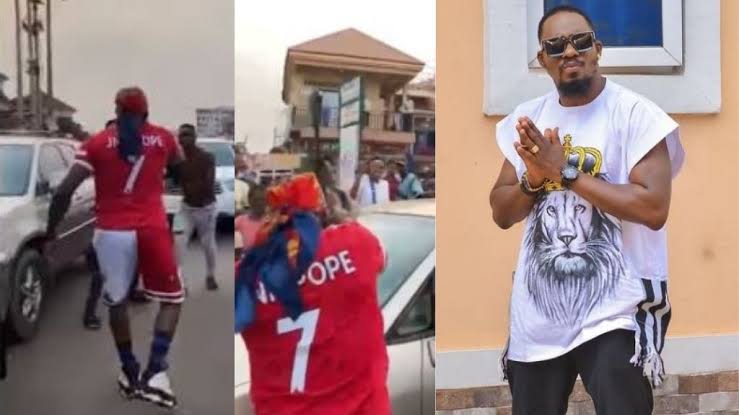 Nollywood actor, Jnr Pope Odonwodo has broken silence after a video showing him in a messy fight with an unknown road user went viral on social media.

In the viral video which has generated mixed reactions online, the enraged actor repeatedly broke a man’s vehicle’s windscreen as he overwhelmed pedestrians who tried to stop him.

When Jnr Pope realized he couldn’t get forward enough to land blows properly, he decided to break the man’s car’s windscreen with a spanner, causing a commotion among those there.

Reacting after the viral video, the father of three took to his Instagram story and hinted that he does not tolerate nonsense and he believes in garbage in garbage out concept.

“You Do Anyhow, You See Anyhow” he wrote as he shared a photo of himself. 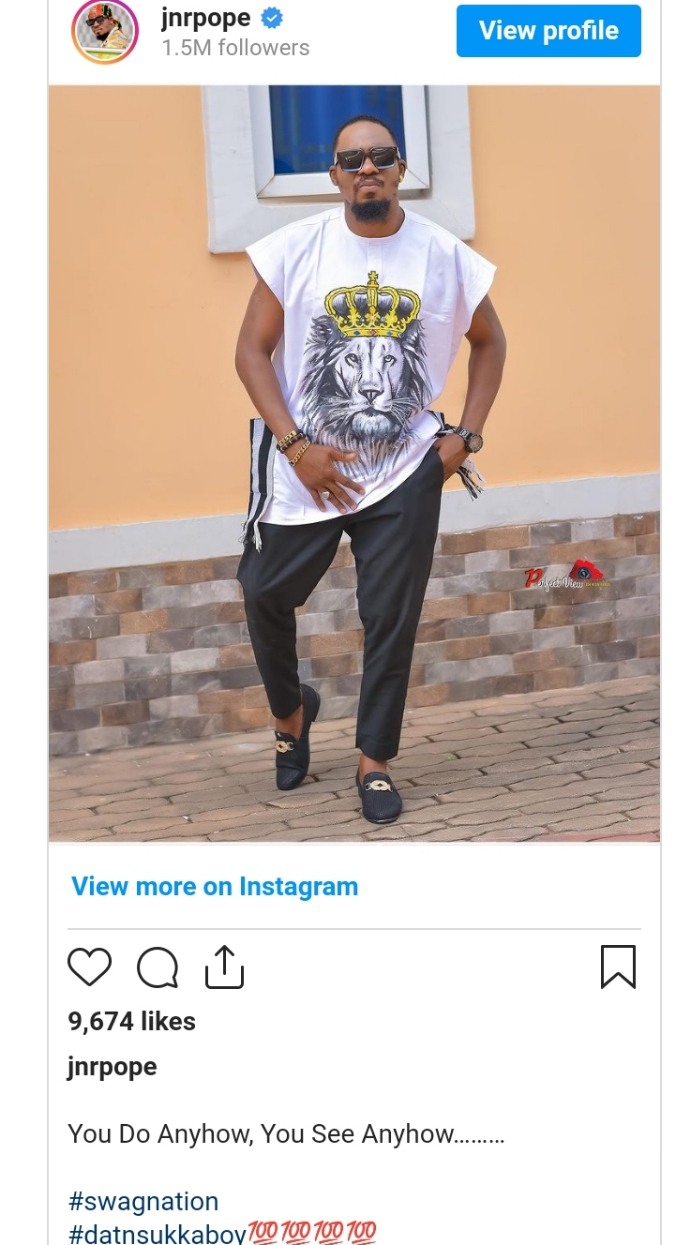