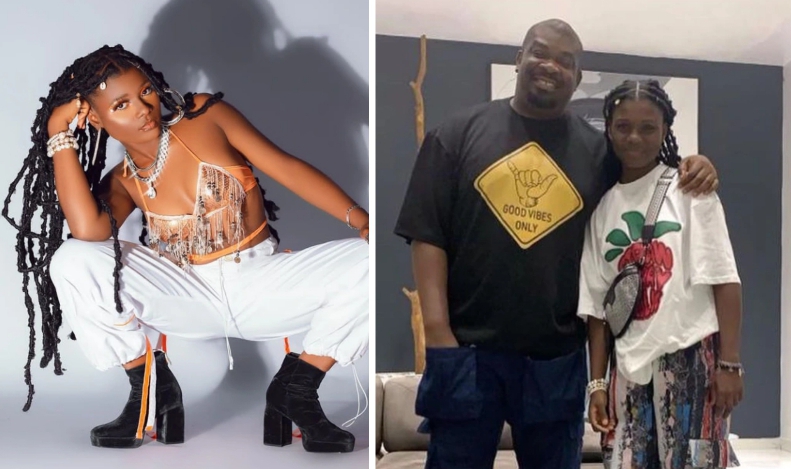 17-year-old Nigerian Singer, Kosisochukwu Gospel Peters, simply known as Salle, has dropped a reaction to reports about her being signed under CEO of Mavin Record, DonJazzy.

Following her recent picture with DonJazzy in his studio, some fans concluded she is part of the Mavin crew.

In an early Wednesday video post on Instagram, the Imo state indigene specifically said she was not signed under Don Jazzy yet.

“Am not signed under “DON JAZZY” yet neither under any record Label. Am alone and open to opportunities; Please don’t stop supporting me because it has not been fighting this alone secretly…HAPPY NEW YEAR AND I LOVE YOU ALL.” Salle revealed

The talented Singer ended the video by appreciating those who have been streaming her song “Let me See”, urged them to continue supporting her and disclosed that there’s a new melody coming from her soon.

Salle became popular through a post by blogger Tunde Ednut on September 20, 2021, in which she was seen singing with a tray on her way back from her mother’s store on the street of Owerri.

Her popularity in the Nigerian music industry has been growing thanks to some Nigerian celebrities like Don Jazzy, Davido, Tunde Ednut and many others who have been supporting her since she caught the attention of the public.

However this hype and recognition from all these ace music producers and managers has not yielded the much sought as she lacks the record labels endorsement needed to take her to the next level.