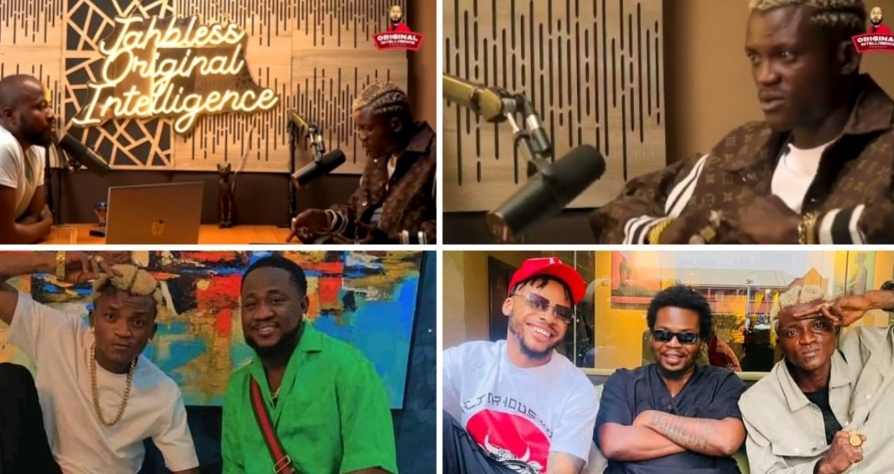 Nigerian singer and rave of the moment, Portable went on veteran rapper, Jahbless’ podcast, Original Intelligence, and spoke about some pressing issues.

When Jahbless asked Portable about his relationship with Kogbagidi, an animated Portable says,

“Kogbagidi always dey fuck up. Why? I go tell am say boss, all these things I no like am. You know say me, I get [madness] already. But una go still dey do wetin [I no like]…

“Poco Lee tell Kogbagidi say, ‘Boss, all these things wey this boy dey talk, you no tell me naw.’ I tell [Kogbagidi] say person dey offend me. I tell am say [Poco] dey vex me, e no answer me, until I wicked [Poco]. Na rubbish nw. Because of wetin you wan chop.”

He further revealed that Olamide then asked Kogbagidi, if Portable hadn’t made his feelings known, before the legendary rapper settled the issue. The Singer was quick to mention his agreement with Olamide to release his latest single ‘Ogo Forever’ and how Olamide sponsored the video shoots and studio session of his smash hit single “Zazuu zeh”.

He also claimed that Ijoba Danku, who is close friends with Kogbagidi, is now his manager. According to him, Danku was key in settling his issue with Kogbagidi.

Portable stressed that Danku makes his life easier by not asking him to dress better than he normally does, before he gets to meet stars.