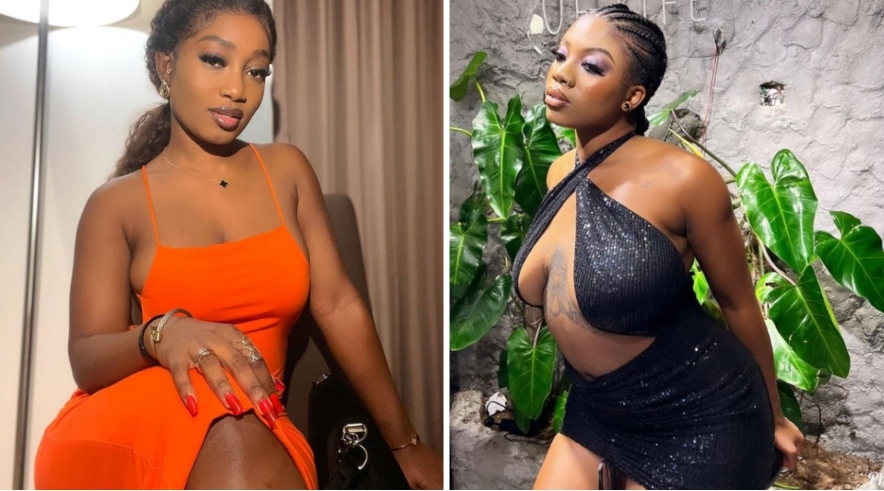 Recall that a day ago, Angel posted some photos via her Twitter page, which showed her putting on a really controversial attire.

Angel was criticized by social media users, over the dress, and it seemed she didn’t tender any reply to any of the criticism.

However, taking to her Instagram story on Sunday, January 16, Esther shaded Lagos girls, sharing a sample of a dress they wear to clubs on Friday nights.

And with a proper description of Esther’s meme post, you can see below that the meme appears exactly like Angel’s dress.

Interview: I have been able to love again after my… 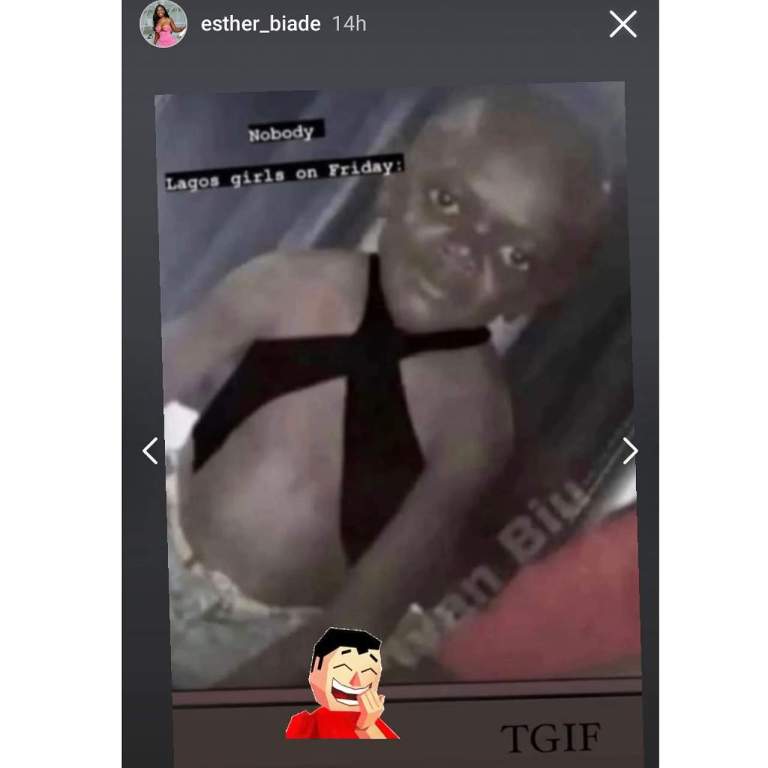