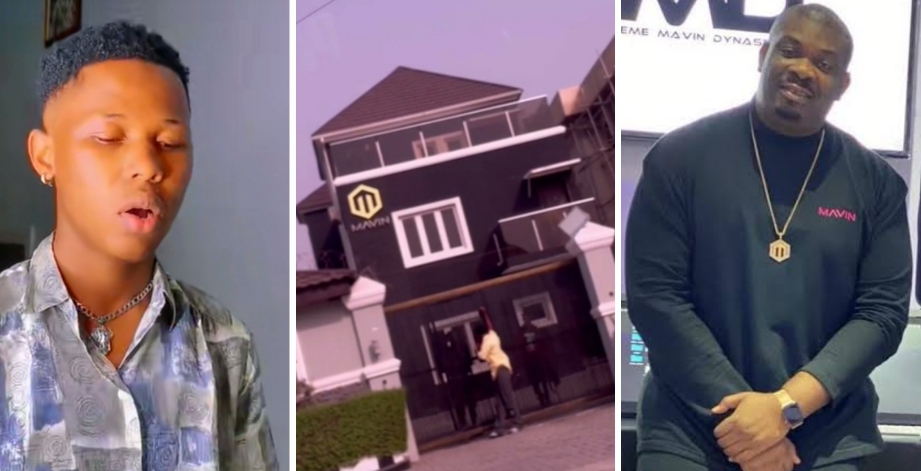 A video of a Nigerian TikToker wanting to see Don Jazzy as he visited Mavin Records’ headquarters has gone viral.

In the TikTok clip, the man approached the gate and made small talks with the security officials before telling them who he wants to see.

The man funnily said that he dropped a song that he would like the producer to use in his TikTok video. When they told him the don is not around, the artiste said he would wait.

He went ahead to tell them he is following Don Jazzy but the music boss never gave him a follow back on Instagram.

In other news, Popular Nigerian Rapper, Naira Marley is being dragged for sharing some of his dirty thoughts, thoughts that are better left hidden even after they have been filtered.

In the early hours of Sunday morning, The Soapy singer hopped on Twitter to talk brag about his private part, sex, and of course, all the women he has slept with.