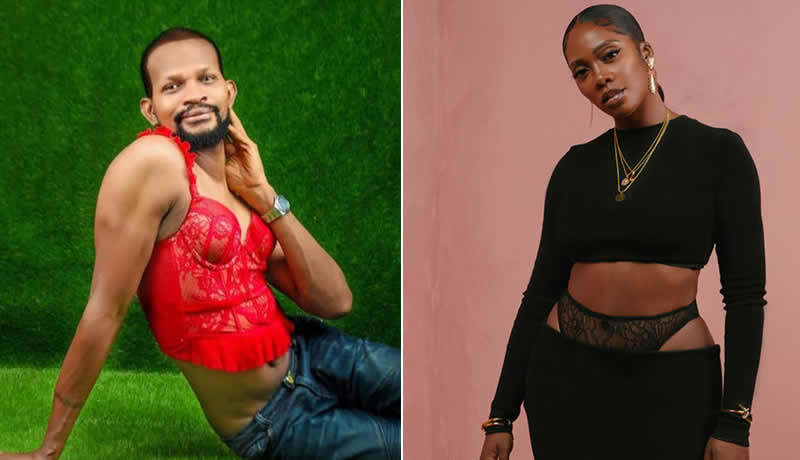 Buzzing Nollywood Actor and Social Media Activist, Uche Maduagwu, revealed the mesmeric effect that Tiwa Savage viral sex tape has on him and further advised her to change her career.

The Popular Singer and Nigeria’s Queen of Pop, Tiwa Savage, has been in the eye of the storm after a video of hers having sex with her boyfriend surfaced online which set Social Media on fire late 2021.

In a recent interviewed by TVC , the controversial social media personality was asked to say what he felt after seeing and hearing the news of Tiwa’s sex tape.