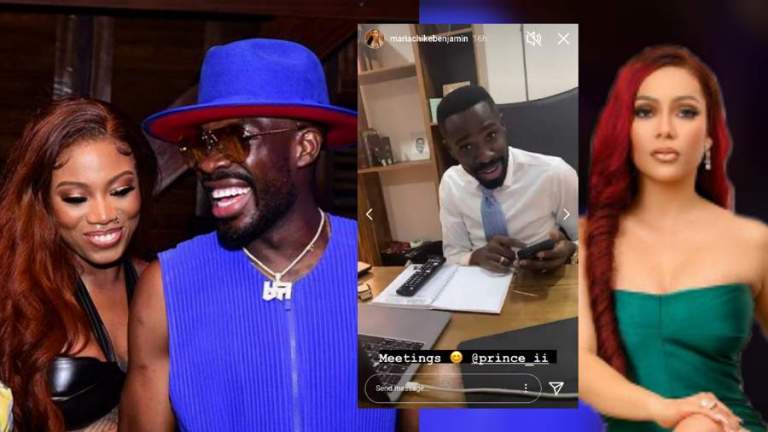 During her visit, Maria went LIVE on Instagram and asked Prince to greet her fans who are widely known as ‘Marians’.

In response, Maria expressed shock at his statement and promised to delete the video after he called her a ‘Snake’.

The reason for the meeting was not disclosed by the reality star but it appears to be a business meeting.

She eventually captioned and posted the video on her Instagram story, tagging @prince_ii, and indicating that she’s in a meeting with him.

The BBNaija star, also attached to her tag, an emoji, which signifies someone winking with a tongue out.