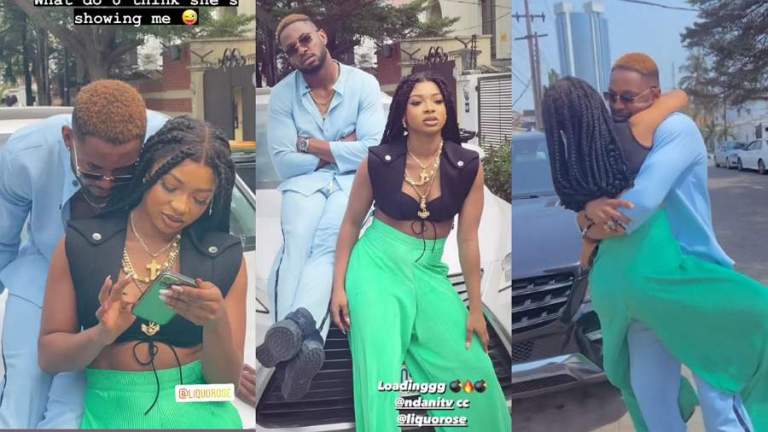 The two ex-Shine Ya Eye Housemates were spotted in a very romantic and loved-up video, hugging each other, as they express to missing each other.

Liquorose and Cross, as we learnt, were invited by the media company, Ndani TV for an official interview.

And prior to their interview, the reality television stars had sometime together, where they took some snapshots, which were posted on their respective social media platforms.

However, on sighting the videos, a leaked voice note of some angry Emmarose shippers has surfaced online. A shipper was heard castigating her colleagues for sharing the video of Cross and Liquorose in their WhatsApp group.

Further from the reactions, she accused Cross of setting his BBNaija’s in-house plans of snatching Liquorose in motion. The furious shipper ended the conversation by asking them to delete the video from the group.

Listen to the voice note below