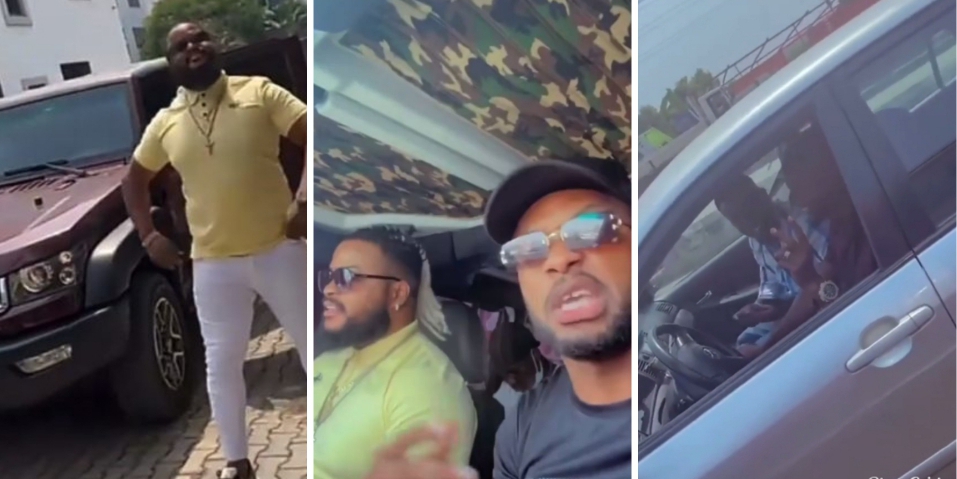 Big Brother Naija Shine Ya Eye ex housemate Whitemoney has decided to brighten the day of his fans by sharing a video of his lively moment with former Co-housemate Cross in his new ride.

Recall that Whitemoney won an IVM Caris ride as part of his numerous prizes for emerging the winner of the Big Brother Naija Season 6 edition.

We’ve really not seen him cruise around with his car until he decided to post a video of it in his Instagram story.

In some part of the clip, Cross could be heard eulogizing Whitemoney, calling him ‘Selense Man.’ In another part he was seen giving Whitemoney a ride along the street. Both of them happily composed a song as they drove along.

The bold Big brother naija logo on his new car, made it easy for fans to spot them in traffic. They waved at them in excitement.

Whitemoney admitted in his caption of the video that it’s always a vibe whenever he’s with Cross.