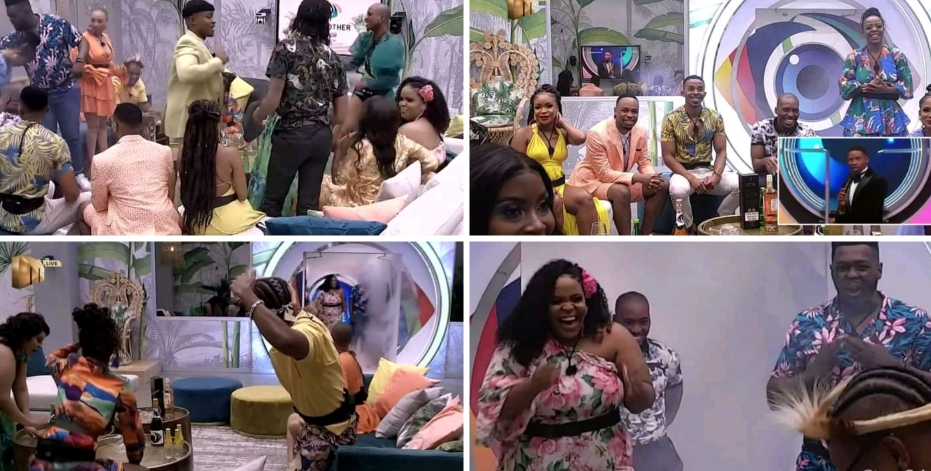 The wait is finally over as Big Brother Mzansi season 3 premiers tonight.

According to the organisers, the show will only be aired in South Africa due to some reasons.

Lawrence Maleka is the host for this year’s edition of bbmzansi season 3.

However, we are poised to ensuring you don’t miss a moment of the reality TV show as I will be sharing updates as they unfold on this website.

Big Brother Naija season 7 is also anticipated in high spirits as African lovers of the show can’t wait for the return.

This athletic 24-year-old describes himself as a family man and is especially close to his mother and siblings. Norman says he is a calm and warm person with an adaptable personality because he’s moved around a lot.

Naledi is a 24-year-old from Pretoria. She is a well-travelled model who describes herself as a “fine gyal, not a sad gyal”. She is a firecracker, but she is also calm and zen. Her strength is being able to understand and analyse people especially because she likes to disarm them.

Mvelo is a 28-year-old from Johannesburg and Pietermaritzburg. He is a marketing graduate with a vibrant personality and has worked in media, marketing, and communications. He describes himself as loud, lovable, and a lover of people. He is passionate about education and one of his dreams is to help others access higher institution learning.

Michelle is a 27-year-old sangoma from Daveyton. She has soft, laidback energy, and she describes herself as outgoing and kind but with “zero tolerance for nonsense”. She is a doting mum who is also a spiritual person whose healing of others is both her passion and calling. She is a nurturer, and she loves cheering people up when they’re not feeling their best.

Libo considers himself to be a “very fun” person with friends who would describe him as a bit of a goofball. As someone who enjoys the outdoors, he says he loves to be active and plays a lot of tennis. He also makes a point of saying that he likes big dogs.

Gershwin describes himself as a “typical guy”, with varied interests and talents. “I’m very artistic,” he says. “I’m creative – I have the ability to think outside the box.” Deeply spiritual, he enjoys giving people advice and motivation. “I’m going to be myself, and I’m going to try and win the audience over by motivating them to follow their dreams.”

Fashion-loving and bubbly businesswoman is 29-year-old Rethabile. She describes herself as bold ambitious and passionate – she is “loud and proud” and believe”s she can transform people’s moods and lift their spirits when she is around. She enjoys socialising and vibing. She shoots straight from the hip and says she’s constantly evolving and learning.

Luthando Mthembu is a 31-year-old from both Johannesburg and Durban. A former research analyst, he is currently pursuing his dream of becoming a musician. He places lot of value on honesty, is full of love and passion and is a vegan. He is disciplined, strong-willed, creative and is one of the few people who enjoys getting lost when he travels.

Thando (30) is a family orientated model. She describes herself as fun, loving, a free spirit and a risk taker. She’s a foodie who would love to open a restaurant that only serves everything that she likes. That’s because food embodies what she loves most, which is community and togetherness.

The youngest Housemate of the season, Adindu is a self-confessed “mummy’s boy”, and it was following her advice that got him to enter the competition in the first place. Describing himself as “highly sociable and curious”, he says he isn’t the one who starts drama, but ends it, and he won’t let people take advantage of him.

Yolanda is outgoing, fun and bubbly. She’s a bit of a socialite with an infectious energy, which makes her fun to be around. The performing arts teacher and psychology student is no people-pleaser, however, choosing to always stick to her open book policy. She’s also a good judge of character, which makes her an interesting conversationalist.

Thobeka’s multi-dimensional personality will keep you on your toes. The Durbanite is the ultimate creative – expressing layers to her craft through music, making beats and fiddling with the keys on the piano. Also known as ‘Venus’, the 25-year-old aspiring musician’s layered character makes it easier for her to work the room and endear herself all the way to the top. Her love of poetry also helps, as it means she knows how to engage people with buckets of poetic justice.

A smooth-talking straight shooter, Tulani possesses the rare gift of being able to be bluntly honest in a mellow tone. Notwithstanding this tough display, the 28-year-old voice over artist, actor and broadcaster beams with compassion. He has started a non-profit organisation for aspirant young artists in his hometown, East London. It’s a turnaround from his heyday radio days. His “bad behaviour” there has kept him single to this day.

A looker with a personality that makes him a magnet for curiosity, Themba will be relying on more than just his dashing appearance to woo the hearts of Big Brother Mzansi S3 viewers. While the 30-year-old tattoo artist is used to being the centre of attention – often capturing the vibe of every room he enters, it’s his ability to sit back and observe the atmosphere that allows him to navigate social circles with a smooth flow.

The eldest of four children, Thato is a TikToker who loves nothing more than dabbling in different activities to leave her adventurous personality unboxed. Juggling being an accountant and a TikTok content creator surely takes a fluid personality to pull off. She does it all with ease.

A self-described “class clown”, Gugu says she has a very big personality, and stands for acceptance and non-judgement. Honest almost to her own detriment, she doesn’t like fake people. “I wear my heart on my sleeve – expect good vibes and a good time. But they mustn’t expect a pushover – I’m not the type to let anyone disrespect me.” That said, she says she’s something of a cry-baby. “I’m a soft thug.”

Multifaceted and with various interests, Ukho has studied psychology and is a final year film and television student. Going by the pronouns he / him / she / her / they / them, Ukho is known as Sis Tamara and describes themselves as “a gender non-conforming experience”. A bubbly person who gels easily with people, they are passionate about trans and queer representation.

Fun and free-spirited, the easy-going Keamogetswe loves to understand people and says she isn’t judgmental when it comes to people’s characters. A sharp-shooter and straight talker, she has no interest in keeping her annoyance to herself when someone gets on her wrong side. Despite being described as ‘strict’ by those who know her, she says she’s kind and describes herself as a tomboy. 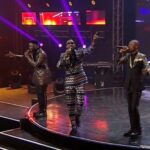 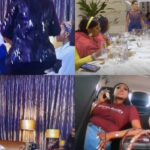 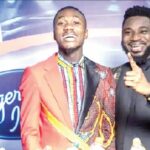