Nigerians accused the beautiful screen diva and mother of two of destroying another woman’s home and snatching the filmmaker from his wife. 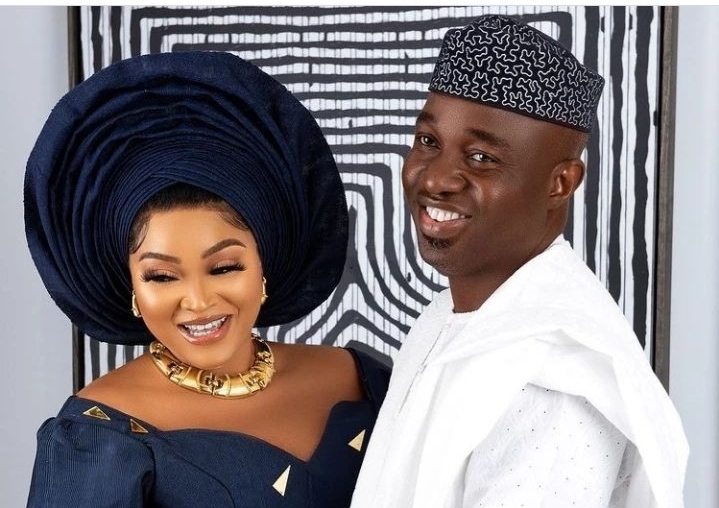 Reacting to this in a Facebook post, Funsho Adeoti, Kazim’s estranged wife noted that losing a person who doesn’t respect or appreciate someone is a gain and not a loss.

Sharing a photo of herself and her kids she also thanked Nigerians for their concern.

“Losing someone who doesn’t respect or appreciate you is actually a gain not a loss. Thank you all”, she wrote. 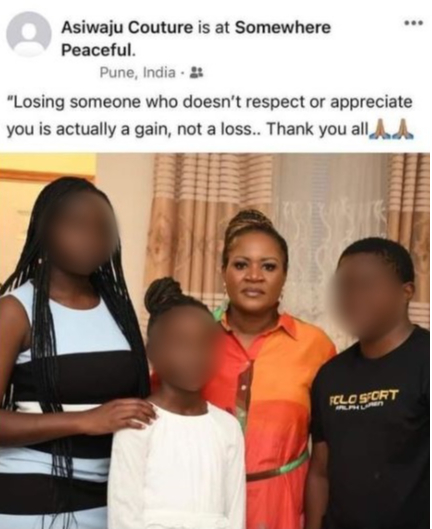 Kazeem Adesoji Adeoti, popularly known as Adekaz, who is the founder and chairman of Adekaz Production Limited has been in the news for days now following his secret wedding to actress Mercy Aigbe.

It was gathered that Mercy Aigbe went public with their wedding and pre-wedding portraits on Instagram hours ago and since then social media has been buzzing with different reactions.

This is coming six months after he celebrated his first wife, Funso’s birthday in grand style six months ago.