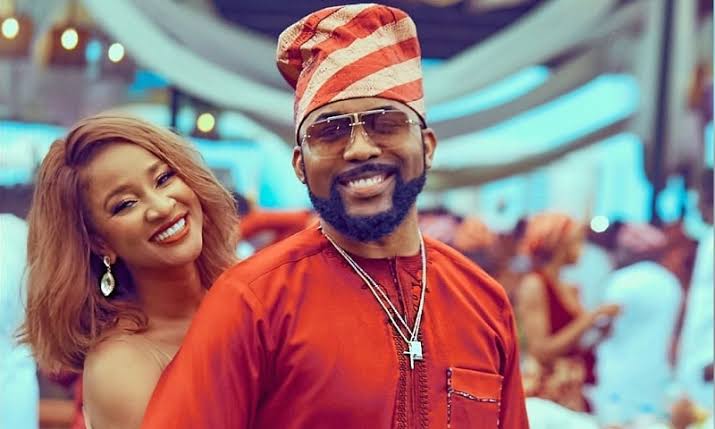 Popular Nigerian musician, Banky W, has gushed over his wife, Adesua Etomi, for the umpteenth time and revealed that she is also now a musician.

While speaking with Legit.ng’s Abisola Alawode, the Mr Capable star opened up on how he and Adesua have a song together.

Not stopping there, Banky revealed that the actress is actually working on her own album and they decided that the song should be on it.

Adesua is known as a brilliant actress and the news of her becoming a musician no doubt came as a surprise.

During the interview, Banky went ahead to explain just how much of a good singer his wife is.

In his words: “Susu has an amazing voice. I know I am biased because I am her husband so you would expect me to say it, but really, she is such a beautiful woman but also a beautiful singer as well so we are excited about it.”

He revealed that her EP would be released in the first week of February 2022.

Also during the interview, Banky W spoke on how people say he is a musician, an actor and a pastor.

According to him, people should not be put in a box. He also added that if they read their bibles well, they would see that there is a lot of love.