Nollywood actress and filmmaker, Funke Akindele has emphasized the power and importance of silence during controversies following the ongoing friction between her Colleague, Juliana Olayode and Pastor Timilehin Adigun.

Recall that Juliana came online to tell her followers how Pastor Timilehin changed her passwords and unpublished her Facebook page.

She also accused him of sexually abusing her sister and forcing her to quit Jenifa’s diary.

Pastor Adigun had put out a three-part video claiming that the film star came by his office trembling because she knew she wronged him.

On his Instagram story, the cleric also denied Olayode’s claims of abusing her sister.

Amid the drama, Funke Akindele took to her instagram story, she revealed that handling confrontations and scaling through controversies boils down to ‘Silence.’

“You gotta learn to be quiet, even when you have a lot to say”. 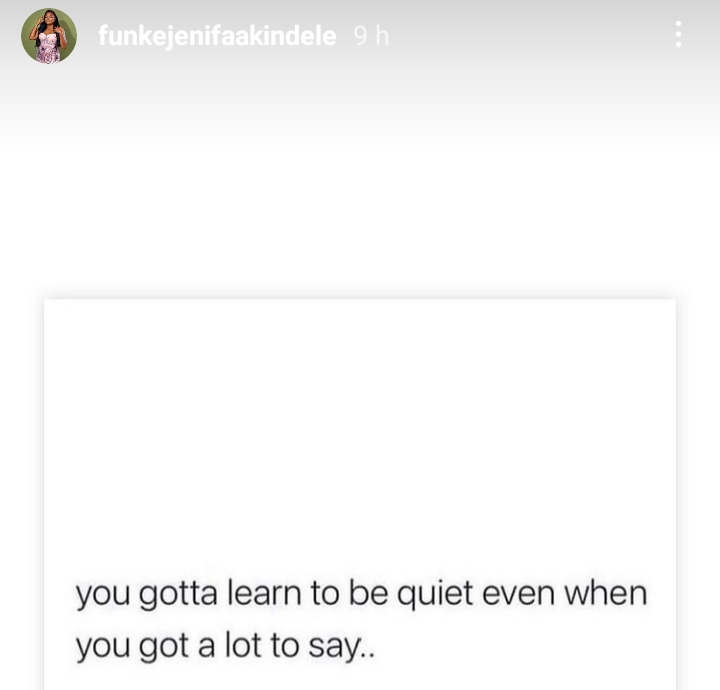