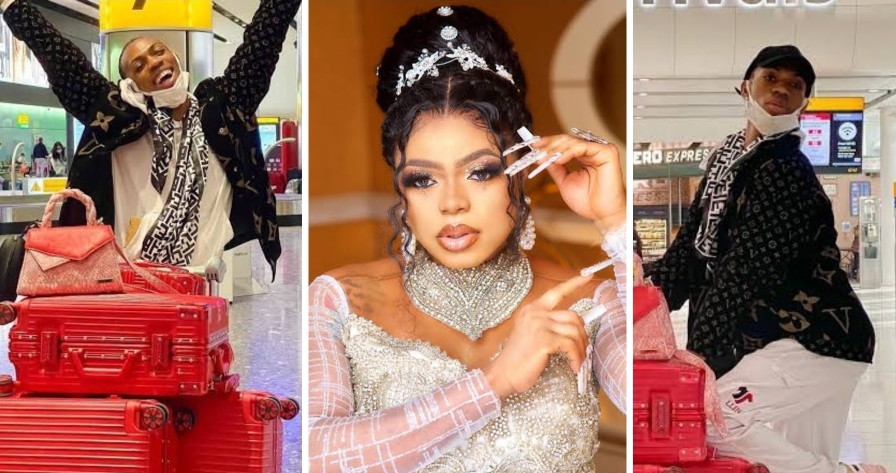 Few hours ago, James Brown caused unimaginable stir online after he shared some videos and pictures, highlighting on how he made it to London.

James made his post on Saturday morning, February 12 via his social media pages, precisely, Instagram and Snapchat.

The crossdresser announced that he just travelled to London from Nigeria, as he showed in his video that he is truly there at the moment.

His visit to London came as a surprise to many people. While some social media users congratulated him, others marvelled at the level of his growth.

Meanwhile, an Instagram user took to Bobrisky’s page to inform him about the news of James Brown being in London.

Amidst being at loggerhead with James Brown, Bobrisky said he was happy for him and accompanied the response with a love emoji.

Bobrisky replied: “Happy for him 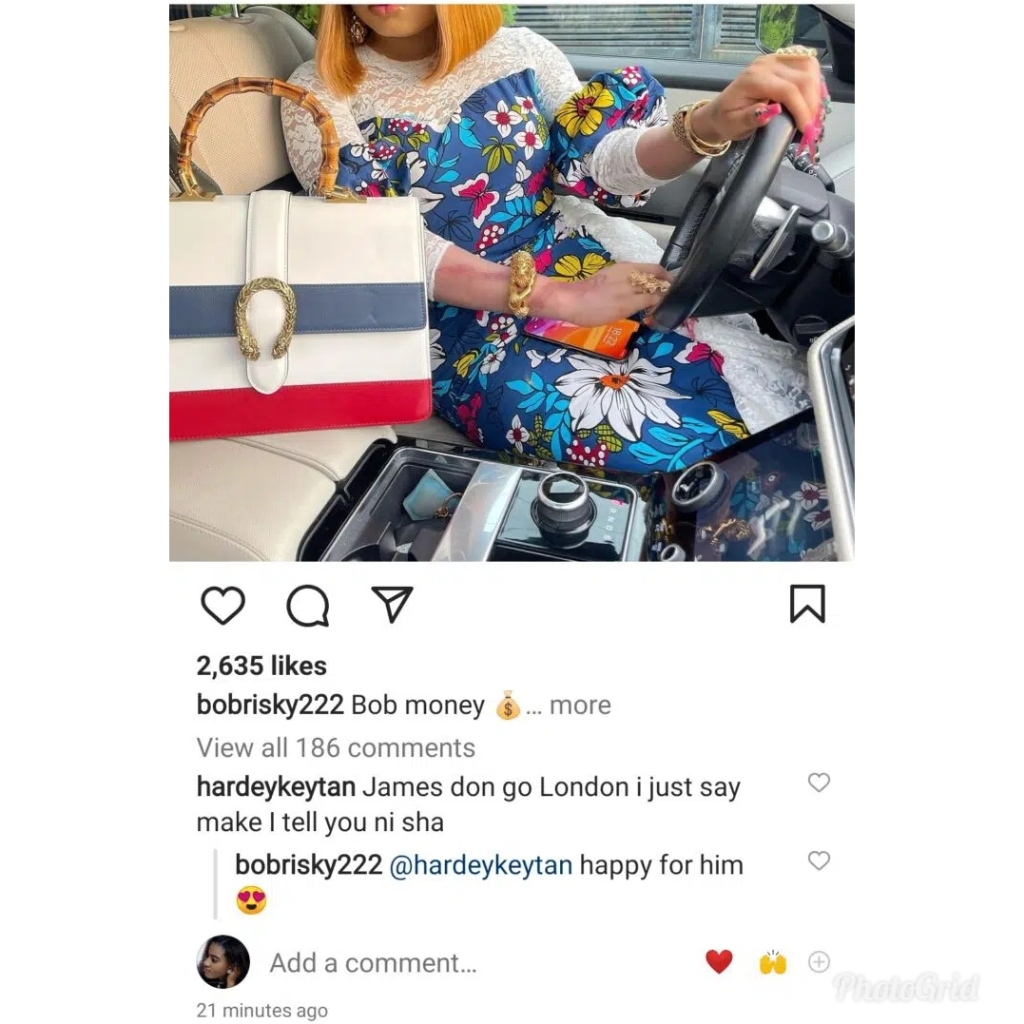