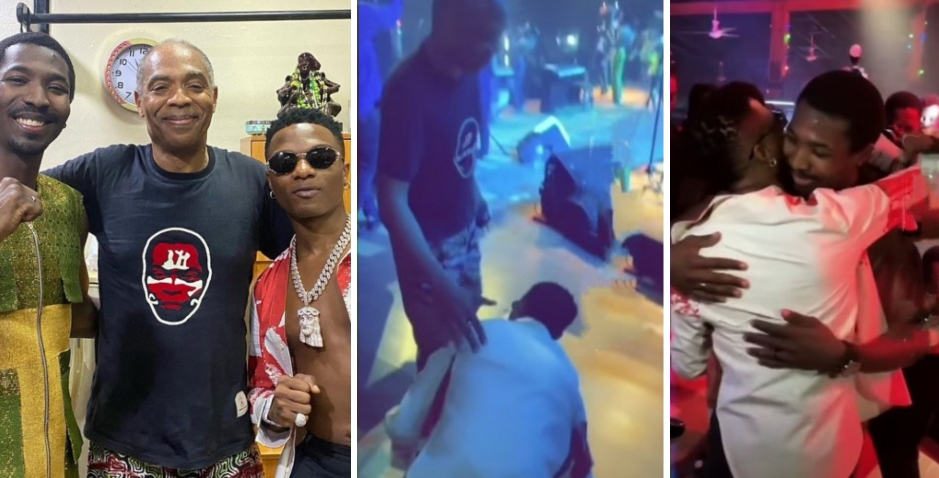 Wizkid made this known on his Instagram story where he shared videos from the event tagged, ‘Love at the Shrine.’

In one of the IG stories, Big Wiz, as he is popularly called, hailed Made Kuti. With love emojis, he wrote,”My brother, @madekuti”. 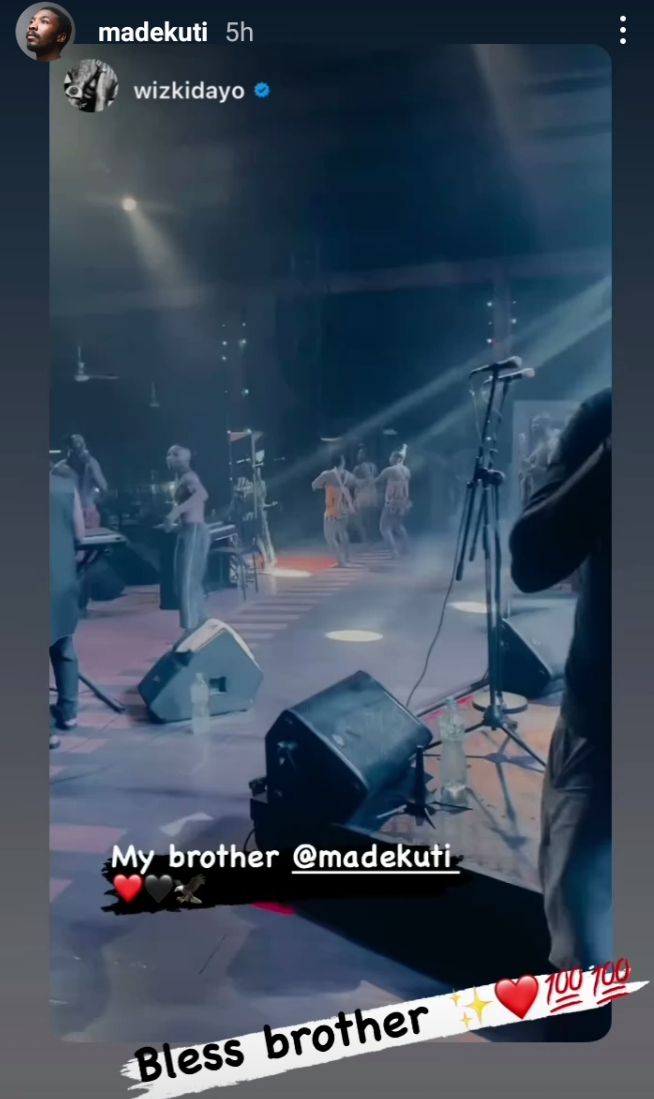 Other online videos also showed Wizkid’s entrance at the shrine amid cheers from ecstatic fans.

The Afropop star was welcomed into the New Afrika Shrine stage by Afrobeat legend, Femi Kuti, the father of Made Kuti.

In the viral video, the Grammy award-winning singer prostrated to greet Femi before proceeding to the stage where Made performed.

Wizkid, who has been in Lagos for few weeks now, has been reported to have squashed the long-held beef between himself and singers, Davido and Zlatan.

He was also spotted hanging out with the likes of Olamide and Wande Coal at exclusive spots.