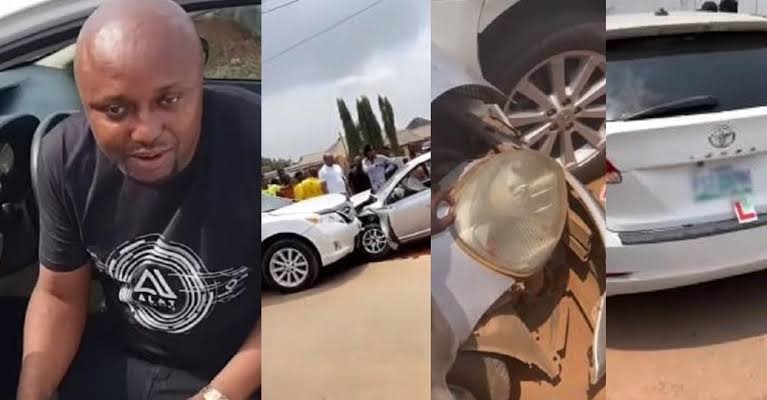 Israel DMW, Personal Assistant to music superstar, Davido has said that he sustained no fatal injuries during a car crash he was involved in on Thursday.

We reported earlier that the new car Davido gifted Israel few weeks ago had a head-on-collision with another vehicle in Edo state.

Hours after the accident which is said to have record casualties, Israel DMW says he is hale and hearty, but there weren’t any casualties.

He appreciated well wishers for reaching out to him.

“Am 100 percent fine. There was never any single casualty at all. Thanks for ur calls” 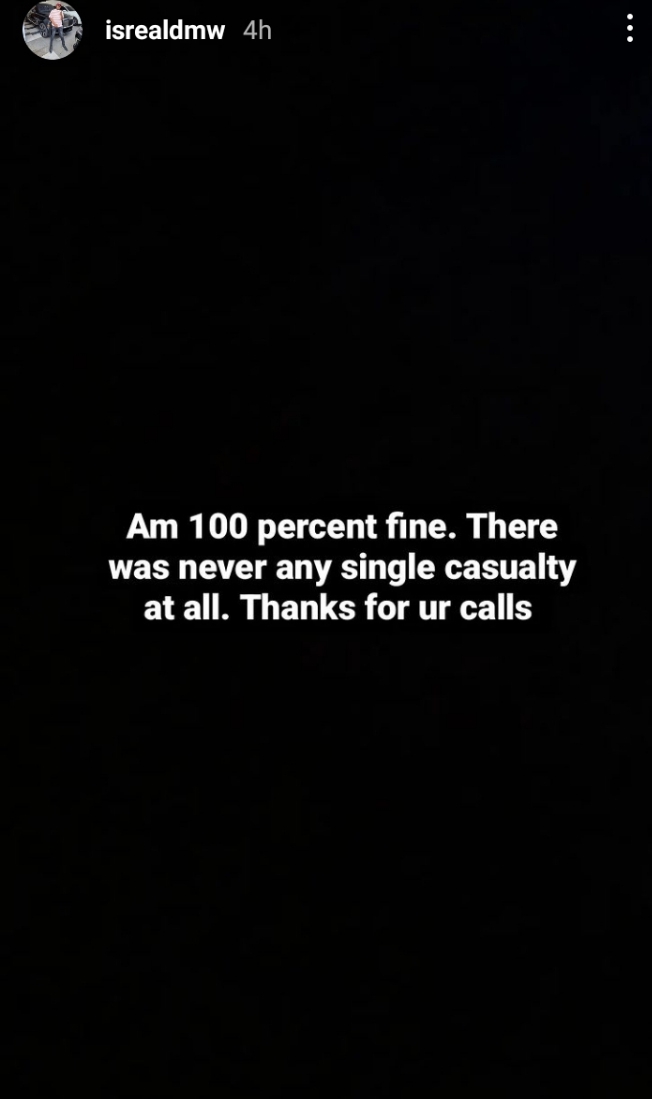