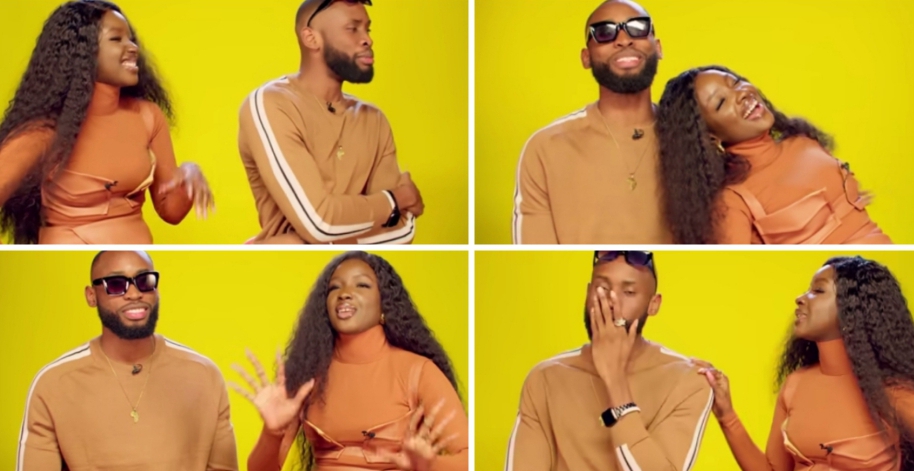 Hilarious video of Emmanuel, Saskay taking on the TGIF crew in an episode of Ndani TV Show finally released

The Big Brother Naija Stars decided to team up to take on the TGIF crew on their recent episode of the “Ndani TGIF Show” and it is hilarious.

They were paired to answer some current affairs questions. The duo took several shots for falling to answer questions correctly.

The video was shared via the Ndani TV YouTube channel months after conducting the interview, with supporters of Emmanuel and Saskay, sharing their views about the interview in the comment section.

In other news, BBNaija Star Terseer Waya best known to fans as Kiddwaya has responded to his bestie, Erica Nlewedim after she revealed her desire to get married.

In the morning of Saturday, February 26, 2022 , Erica took to her Twitter page to state that she is endearingly looking to tie the knot with a dream life partner after watching the “Love is blind” show.