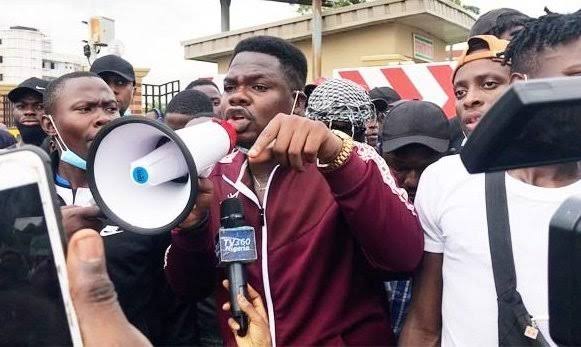 Nigerian Instagram comedian and skit maker Mr Macaroni has taken to social media to drag his colleagues calling for a better nation yet betraying others.

Mr Macaroni took to his Twitter page and said some people who joined the #EndSars protest are busy collecting good money from politicians.

The Skit Maker asserted that if he condemns such an act, people will say he is setting up his colleagues to be hated by the masses.

“Everybody go dey shout we want better nation. Some people dey back dey collect better money. If you condemn such acts they will say u are setting your colleagues up to be hated by the people. Meanwhile you are in front risking it all. Abeg, make everybody dey their dey.

Even those wey we gather protest together don go collect their share.
Aloota Continua!!
Naija 4 Show!! Indeed, all man for himself. 🙏🏾

When some content creators went with a show organizer to see the VP, I said on here and at various TV interviews that they did nothing wrong. They saw it as a chance to speak up and they did. Some of the people wey attack them pass don go collect Award from government.
E choke.” 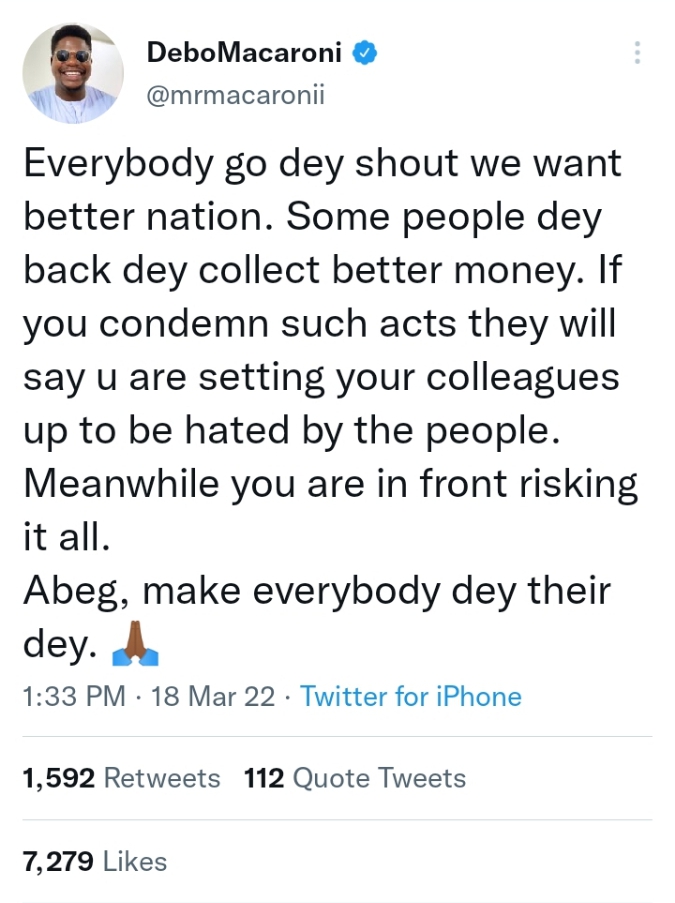 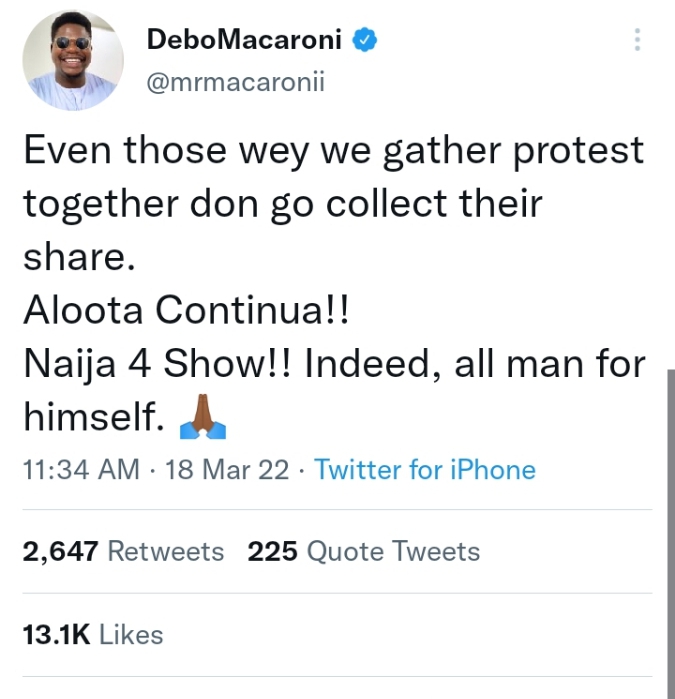 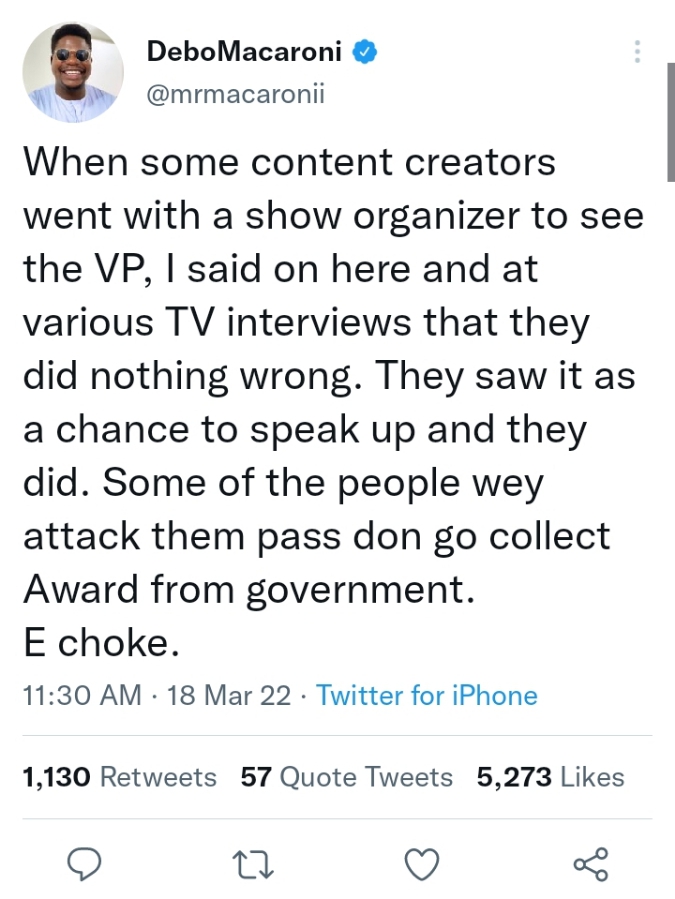