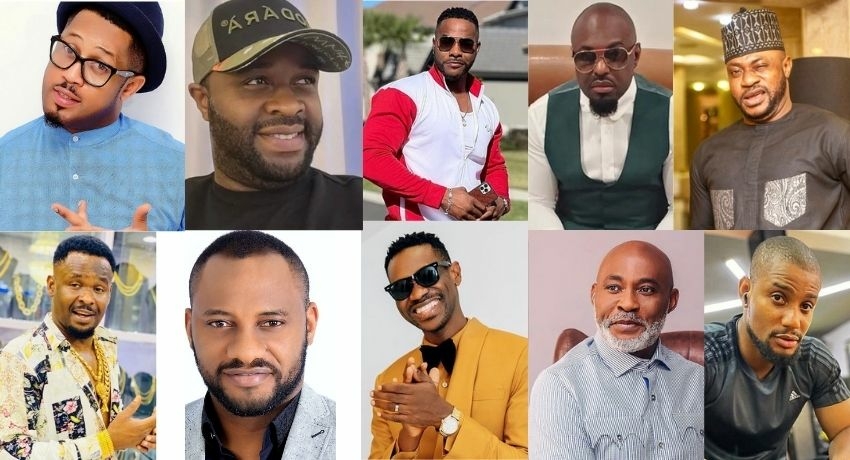 Twitter and Instagram are two of the most popular social platforms in the world. Asides being a photo and video sharing app, it has grown to be a means where brands and potential business partners contact celebrities.

Fans also get to keep track of the activities of their favourite stars on the platforms. Funnily, a celebrity’s popularity on social platforms is one of the factors fans consider when judging success and achievement.

Odunlade Adekola is an Abeokuta-born multi-talented, award-winning Nollywood actor, singer, producer and director. Odunlade has not only won the hearts of many on screen, but also on social media and this is evident with his 5.2 million followership base on Instagram. The 43-year-old fine actor gained popularity with his lead role in Ishola Durojaye’s 2003 movie, Asiri Gomina Wa.

Adekola bagged a diploma certificate at the Moshood Abiola Polytechnic before proceeding to further his education at the University of Lagos where he bagged a degree in Bachelors of Business Administration in May 2018. He began acting in 1996, the same year he joined the Association of Nigeria Theatre Arts practitioners.

Azubuike Michael Egwu professionally known as Zubby Michael is a Nigerian film actor and movie producer. His first appearance was in the movie titled Missing Rib but known for The Three Widows where he played the lead role. He was born February 1, 1985. He bagged a mass communication degree from the Nnamdi Azikiwe University.

In 2019 he was appointed into a political position as the Special Adviser on Media to Willie Obiano. His prominence has earned him his 4.9 million followers on Instagram.

Tall, handsome Alexx Ekubo is a Nigerian actor and model. He was first runner up at the 2010 Mr Nigeria contest. He won the Best Actor in a Supporting Role award at the 2013 Best of Nollywood Awards for his role in the Weekend Getaway.

35-year-old Ekubo studied law at the University of Calabar and later got a diploma in Law from Calabar Polythecnic. He has starred in many TV shows and films.

Bolanle Ninalowo aka Nino B or Makanaki has successfully managed to carve a niche for himself both in the English and Yoruba subset of Nollywood. 41-year-old Nino is Nigerian actor & film producer. He studied at the Devry University in the US.

Before his attempt into the Nigerian movie industry he first worked as an accountant in a bank in the United States of America and then upon relocating back to Nigeria he worked with Guaranty Trust bank.

Funnily, Ninalowo‘s first attempt into the Nollywood Nigerian movie industry was as a movie producer. He produced his first movie titled Rebirth. He has since the featured in many other movies.

Mike Ezuruonye is a light-skinned good looking actor who used to be every girls crush back in the day when he was more popular.

He studied accounting in the Nnamdi Azikiwe University and worked in a bank before joining Nollywood. Ezuruonye has featured in several Nollywood movies and was nominated for Best Actor in a Leading Role for his performance in the movie The Assassin. These days, he is more into movie directing.

36-year-old Adetola Abdullateef Adedimeji professionally known as Dimeji Lateef is a Nigerian actor and filmmaker. He gained popularity with his first major role in Yewande Adekoya‘s 2013 movie titled Kudi Klepto and has acted in over 100 Nigerian movies since he began acting 15 years ago.

Lateef bagged a Mass communication degree from Olabisi Onabanjo University. Lateef is widely confused to be related to popular Nigerian actor, Odunlade Adekola due to their uncanny resemblance and sense of humor.

He was also a former Commissioner for Culture and Tourism in Delta State in 2009. In 2005, he won the Africa Movie Academy Award for Best Actor in a Leading Role.

43-year-old Femi Adebayo Salami is a Nigerian lawyer, film actor, director, producer and Special Adviser to the Governor of Kwara State on Arts, Culture and Tourism. He is the son of the veteran actor, Adebayo Salami.

Adebayo began acting in 1985, the same year he featured in his father’s first movie titled Ogun Ajaye. He has since then starred in over 500 Nigerian films, winning four awards as Best Yoruba actor at the 17th African Film Awards amongst others. Femi Adebayo is loved by many both on and offscreen.

James Ikechukwu Esomugha popularly known as Jim Iyke, is a Nigerian actor, producer, book author and model. Jim Iyke is a 46-year-old graduate with a diploma in Banking and Finance from the University of Jos and then had a BSc in Philosophy.

Jim Iyke’s  emergency into Nollywood was in 2001 and he went on to be one of the highest paid actors in Nigeria today. In 2021, he was the ‘Most searched actor’ on social media. His Twitter account is inactive but his 2.4million Instagram followers show he has a huge fan base. 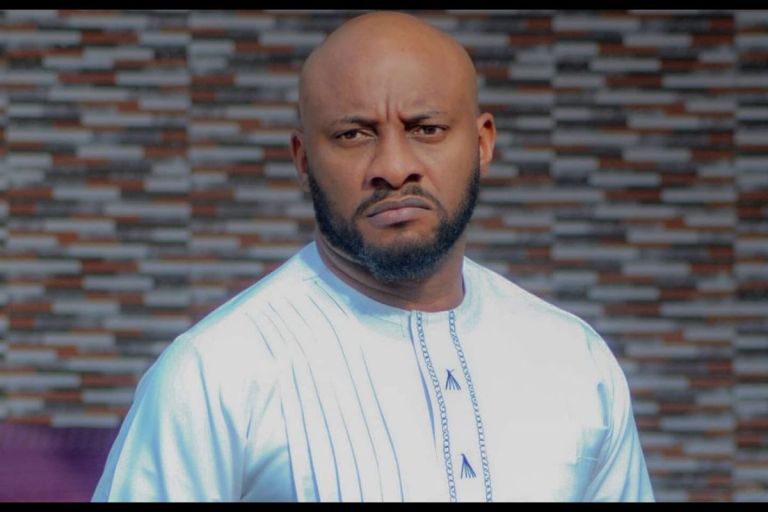 Yul Edochie is a Nigerian actor reportedly named after popular Russian actor Yul Brynner. He is the son of veteran Nigerian actor, Pete Edochie. Yul holds a B.A in Dramatic Arts from the University of Port Harcourt.

40-year-old Yul joined Nollywood in 2005 in his first film titled The Exquires but only got his big break in 2007 in the movie Wind Of Glory. He has since then starred in various films and TV shows.