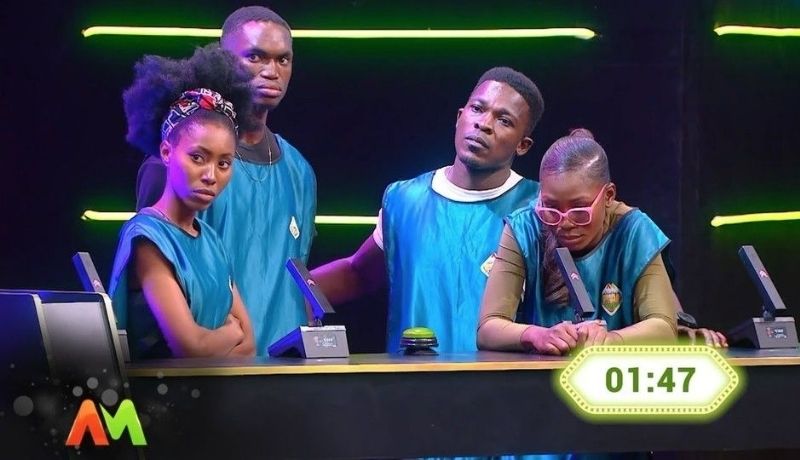 The season finale of Africa Magic’s ‘Come Play Naija’ kicked off on the night of March 24, 2022, closing the end of an incredible run for the TV game show.

The season finale had 38 contestants slug it out for the ultimate prize of a brand-new car, a cash prize along with other exciting prizes.

The show was said to have reported millions of rewards given out to contestants during the first season of the game show, with 120 DStv and GOtv subscribers winning N6,000,000, each winning a total of N50,000 in the Home Play Edition.

As of the time of this report, over N20 million was said to have been cumulatively won in cash prizes by participants and viewers with other incredible moments on the show.

The first episode of the show was suspenseful, with many spectators on the edge of their seats. There were numerous ‘near miss’ moments and events that put the candidates’ mental, physical, and teamwork abilities to the test.

The Green Team put on a strong performance throughout the show, outperforming the Yellow Team in every facet of the game to win a cash prize of N2,860,000, while the Yellow Team received N35,000.

Big Brother Naija ex-housemates Venita Akpofure and Sir Dee joined the game to play on the sixth episode of the game show, which was a significant highlight.

Team Orange made a strong start to the game, taking first place in the trivia time, obstacle 1, and obstacle 2 portions, but team Indigo won obstacle course 3, putting them in the lead, and flipping the tide in their favor. They won N1,630,000.