Mr P, Macaroni, others call out Nigerians who mocked victim of Kaduna train attack at the time of her death

The death of Dr. Megafu Nwando Chinelo, who boarded the attacked Kaduna-bound train with hundreds of passengers, has elicited flurry of reactions.

The dentist was one of the over 900 passengers on board when the terrorists attacked the train.

It was reported that the train derailed when the explosives planted on the rail track went off.

Chinelo was one of the victims who sustained gunshot injuries.

Shortly after the attack, Chinelo took to her Twitter page at 9:43 pm asking Nigerians to pray for her.

She tweeted: “I’m in the train. I have been shot please pray for me.”

But many people who commented on her post dismissed her claim as some asked her to show proof that she was shot.

Some labeled her tweet as fake news, while others called her a clout chaser.

Nigerian singer, Peter Okoye (PSquare) and Skit Makers, Mr Macaroni are amongst the celebrities who condemned the actions of some trolls who mocked her at the time of her death. They reacted via their social media handle.

“Just went through last night’s comments under Dr Chinelo’s tweet, and all I can say is some people are the devil them self.”

“All Chinelo said was pray for me. That is all she said. She was then targeted and subject to abuse by some evil people. May God comfort her family “ 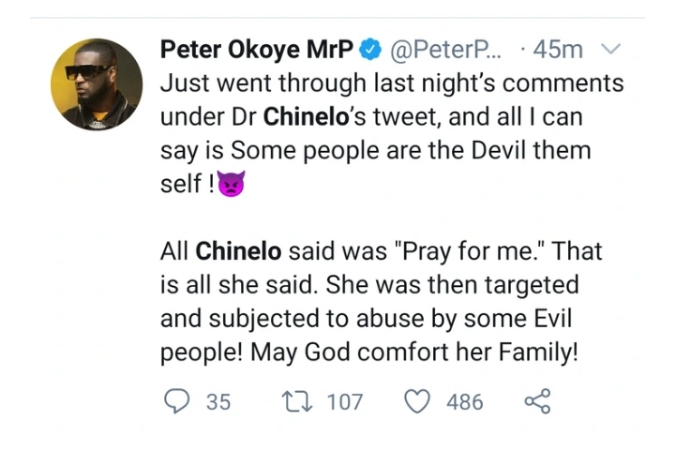 “Those same set of people that attacked the late Chinelo are the same set that attacked and trolled me when the police brutalized me. These are sycophants who are loyal only to their political gods. They care not for this country and have no conscience whatsoever left in them.” 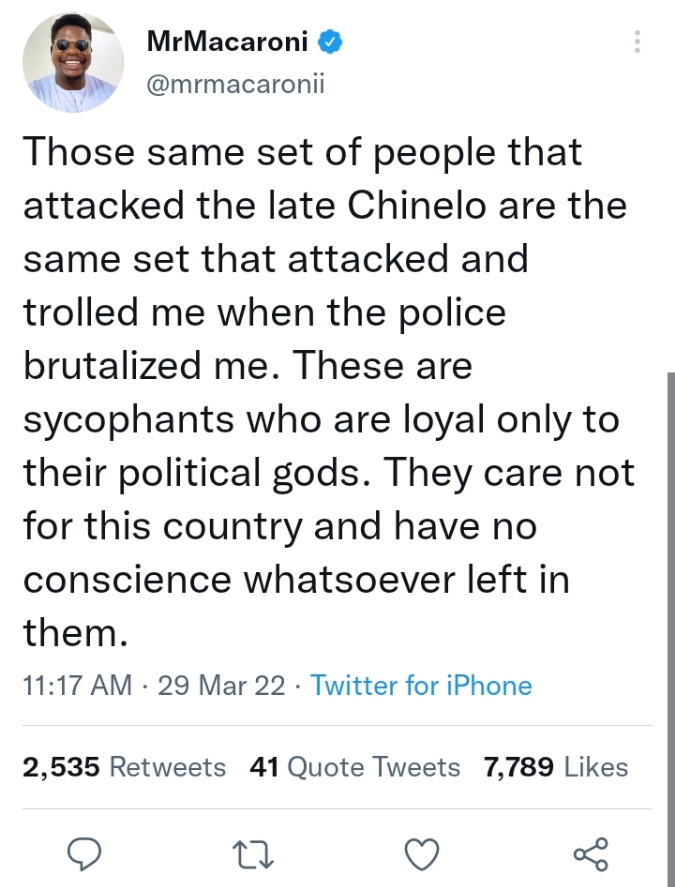 See reactions from Some Nigerians below; 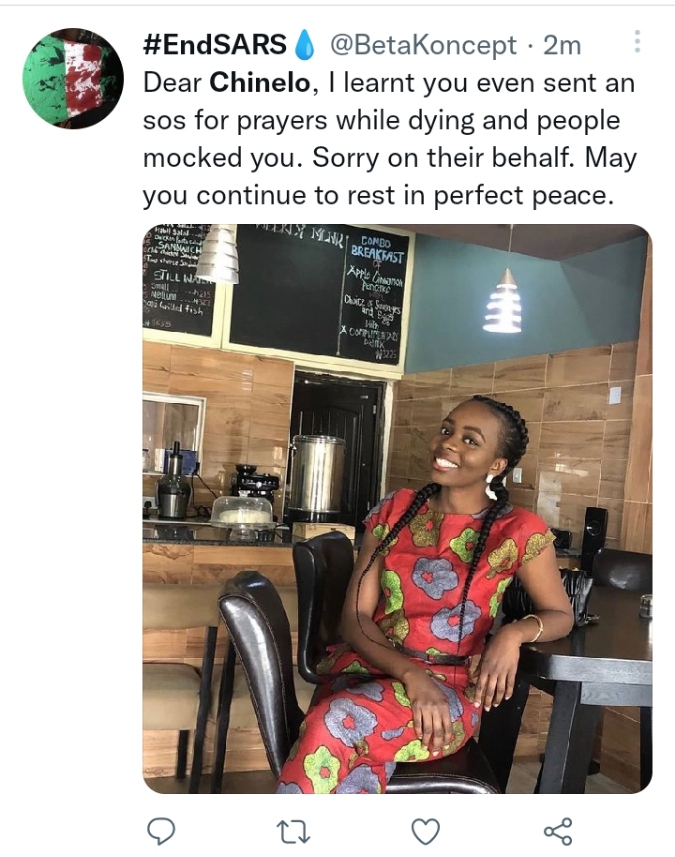 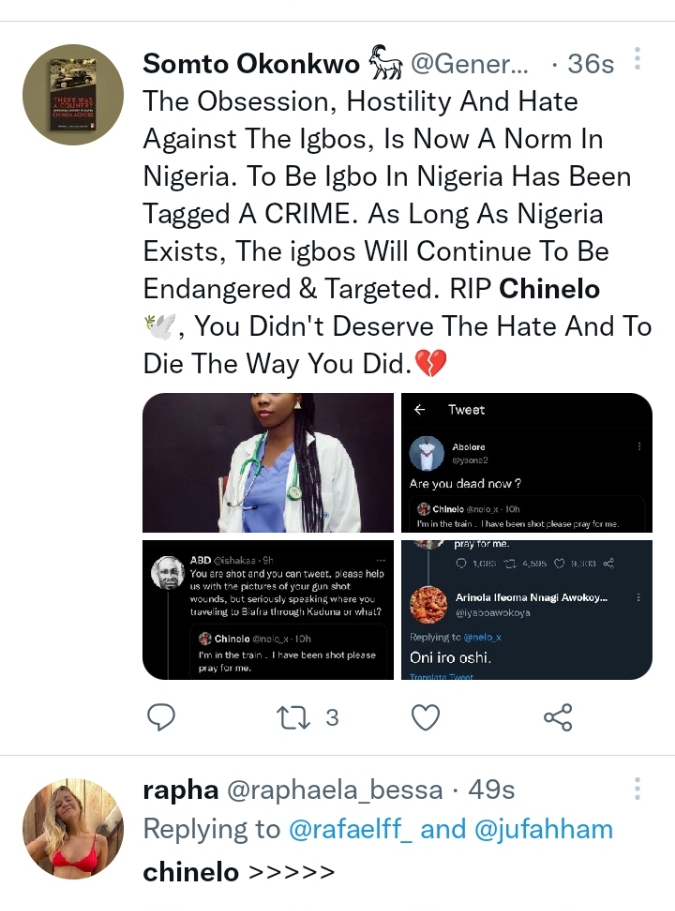 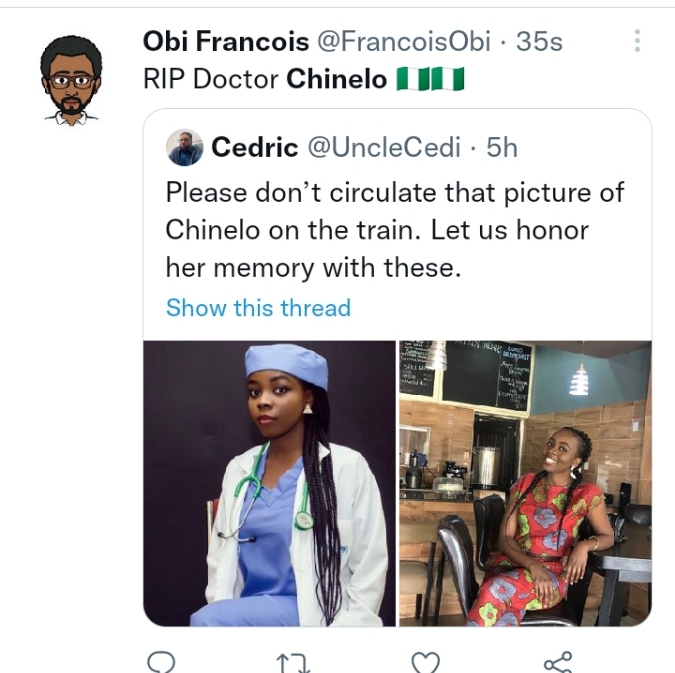