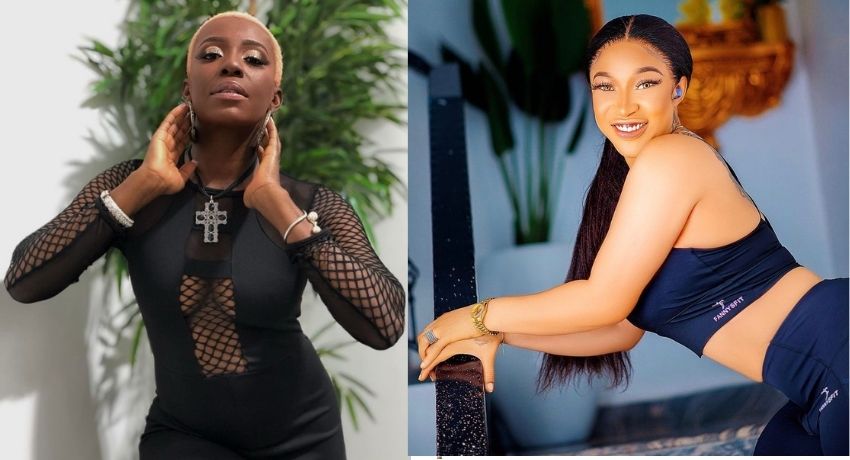 Nollywood seems to be filled with drama today as Tonto and Ada have started trending over an alleged 15 year old debt.

Nigerian actress, Ada Karl, has called out colleague, Tonto Dikeh over an alleged unpaid debt from 15 years ago.

In an Instagram post on Wednesday, Karl said Dikeh bought shoes, clothes and gold worth N80,000 and promised to pay later but failed to do so several years later.

The TV host also said she would be collecting eight million naira instead, adding that the amount has appreciated in value over the years.

Karl further accused Dikeh of being ungrateful. She claimed she brought the actress into Nollywood and “sponsored you with my last sweat till you had your breakthrough and vanished from my life”. 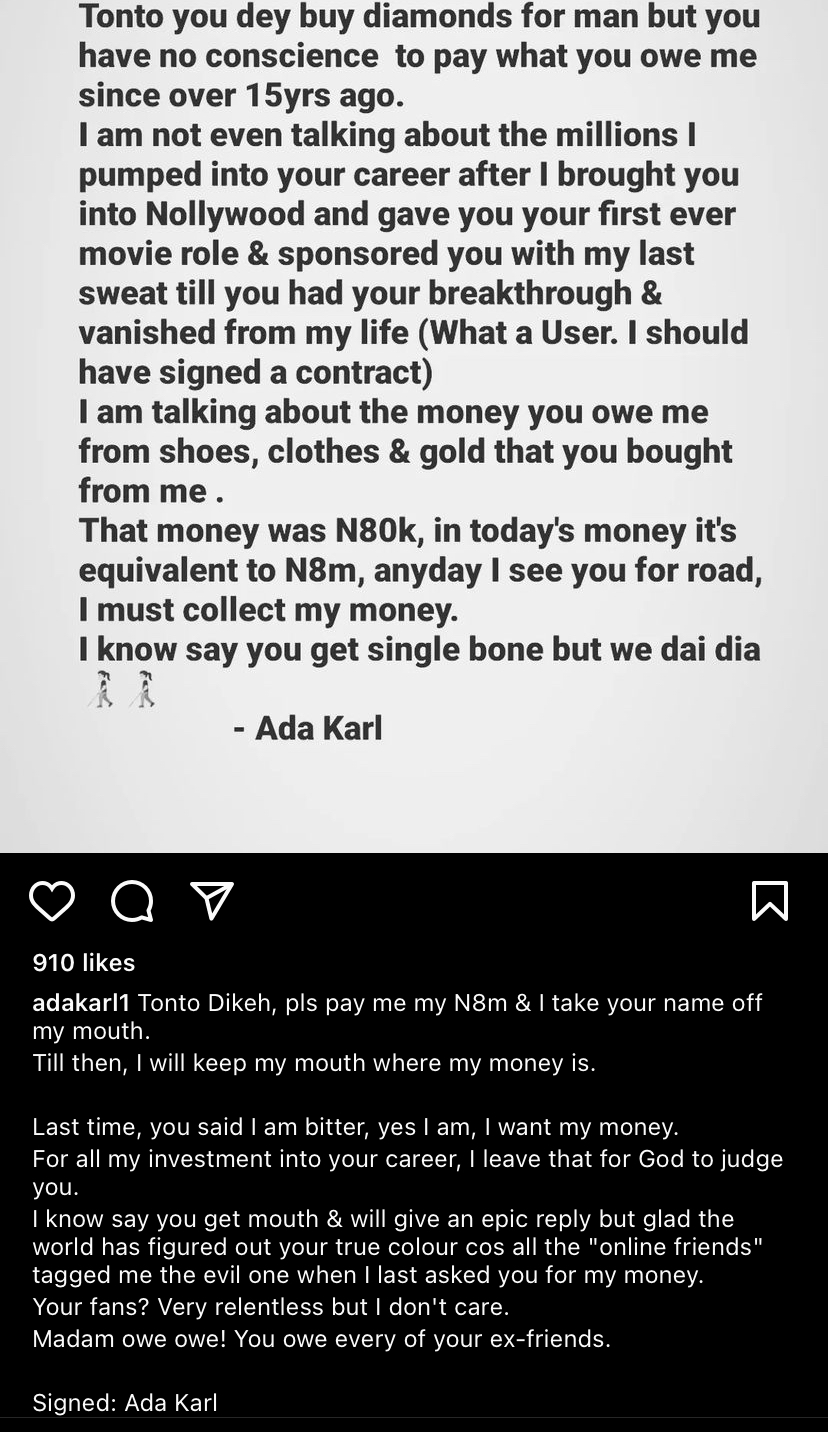 Responding via her Instagram story, Dikeh admitted that Karl supported her in the past but denied owing her.

The film star said Karl should stop being “bitter” and send her account details if she truly wants to be compensated. 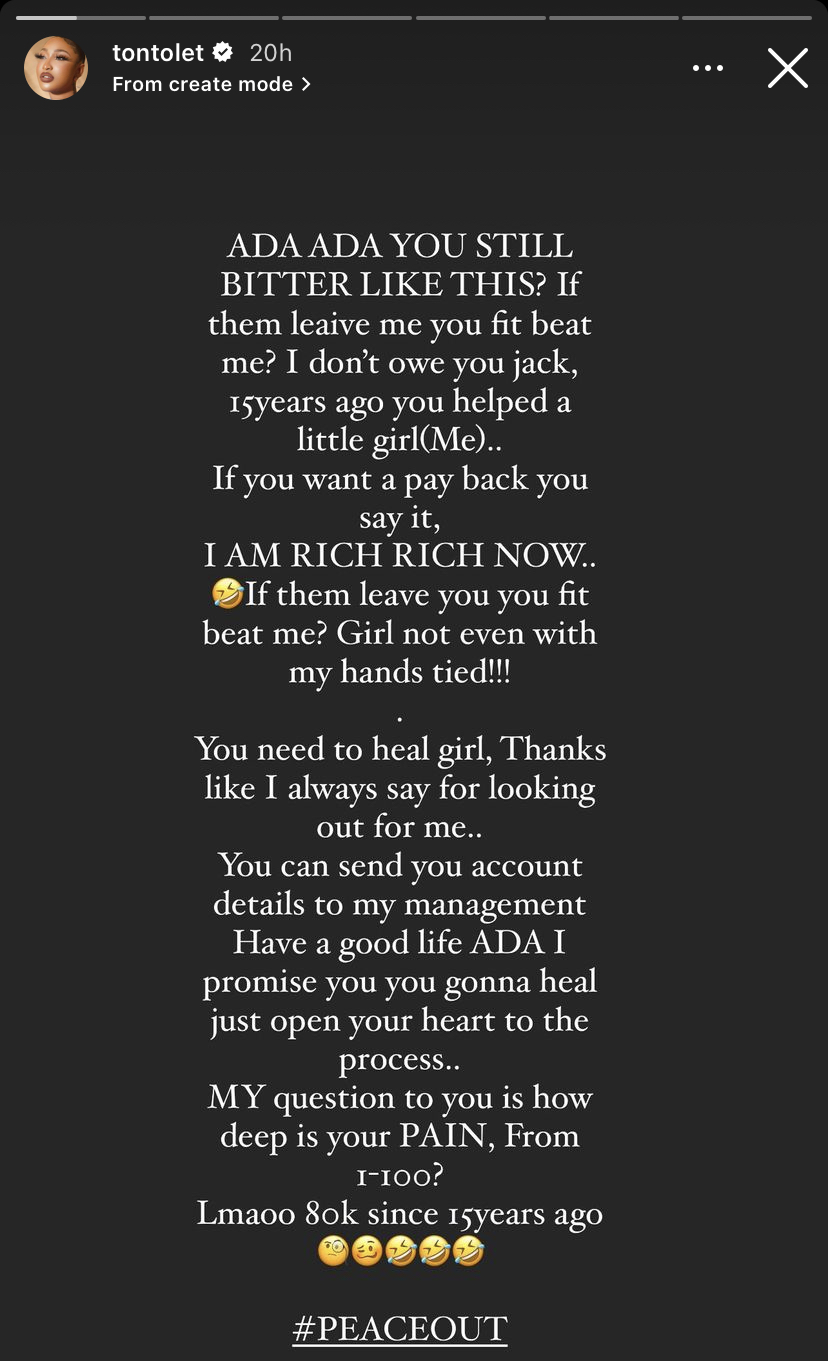 In other news, Nollywood actress Nkechi Blessing amidst her messy breakup with her ex-lover, Opeyemi Falegan, has dropped a bombshell about his newly built mansion.

A few months after her mother’s death, Nkechi Blessing unveiled her new mansion, which she felt so much pain that her mother was not alive to see.

In a post shared on her Instagram page, Nkechi Blessing said nobody could claim her sweat and if anyone thinks they had contributed to the building of the house, they should come forward with receipts. Read full gist here