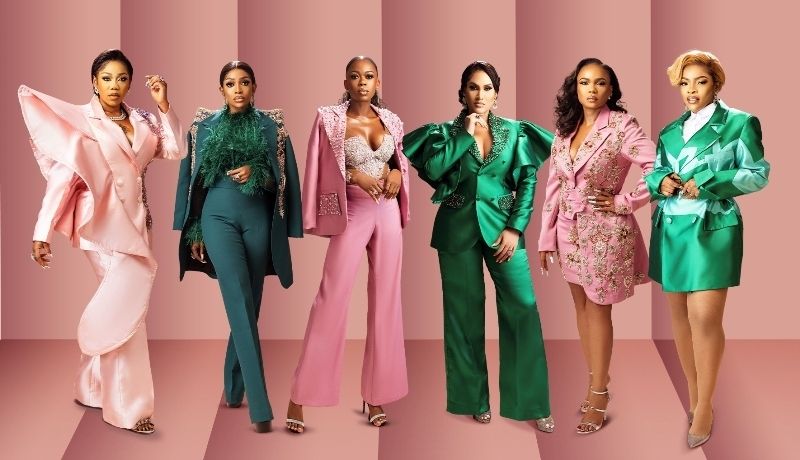 The Real Housewives Of Lagos has set off on a good start as five of the casts of the reality TV show broke streaming records during the first episode of airing the star-studded premiere.

Celebrity stylist Toyin Lawani, actress and producer Iyabo Ojo, and ex-actor and entrepreneur Carolyna Hutchings all made revelations that set the tone for the drama that would unfold amongst the characters.

The cast, which included Laura Ikeji-Kanu and Chioma Ikokwu, a UK-educated co-owner of Brass and Copper, helped the show shatter the record for the most first-day views on Showmax Nigeria.

Lawani admitting to leaving her current marriage if her husband screws up, Ojo kissing marriage goodbye, Hutchings opening up about the challenges of being married to a billionaire, Ikeji-Kanu celebrating her fifth wedding anniversary, and Ikokwu opening up about her complicated love relationship were among the highlights of the first episode.

“The reception of the first episode of RHOLagos across Africa and the UK was beyond amazing; we knew we had a trend-setter on our hands and we’re not surprised that RHOLagos is breaking records. Just wait until you see the rest of the season; fans are going to love it.”

RHOLagos follows the lives of six wealthy women in Lagos; Carolyna Hutchings, Laura Ikeji-Kanu, Chioma Ikokwu, Toyin Lawani-Adebayo, Iyabo Ojo, and Mariam Timmer. The show gives an insight into their lives and how they navigate businesses, family, and friendships.