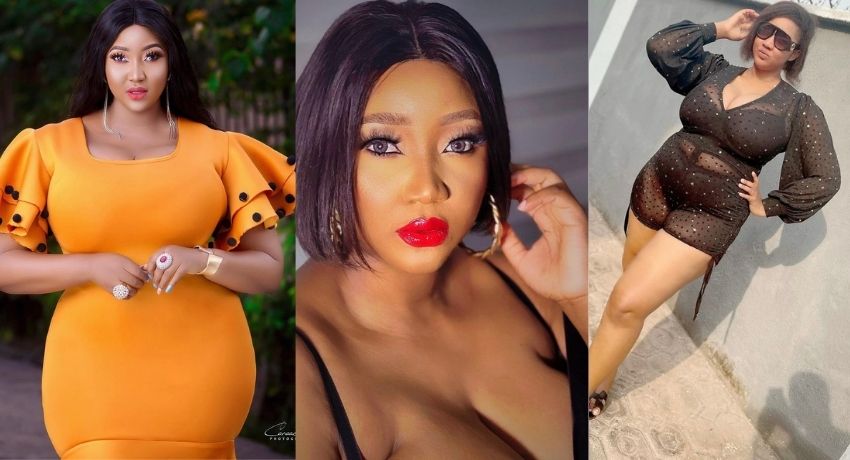 Prior to Yul’s revelation, Judy had managed to keep her head low and private affairs off social media. Hence, asides being a Nollywood actress and movie producer, little is known about the light-skinned thespian. Therefore, WITHIN NIGERIA brings you things you should know about Judy Austin.

Reports say a certain friend, actor and movie director, Sylvester Madu urged Judy to give acting a try on account of her good looks. She did and the rest, as they say, is history.

Yul also made it known to the general public that he has taken Judy as his second wife, as prior to the announcement, the former had been married to May Yul-Edochie (née Aligwe) for over 17 years; a union that has produced 4 kids (a girl and 3 boys) Kambi, Dani, Karl, and Victory Zane.

May Yul-Edochie who didn’t seem pleased with the union, revealed that her husband paid Judy’s bride price on Sunday, April 24, 2022 without her knowledge. She claims she only found out on Monday (the following day).

A good number of the couple’s colleagues have come out to express their shock over the saga.

Some reports say Judy was married before and the union produced 2 children (a boy and a girl) from a previous relationship. This is asides the boy she just welcomed with her new husband, Yul.