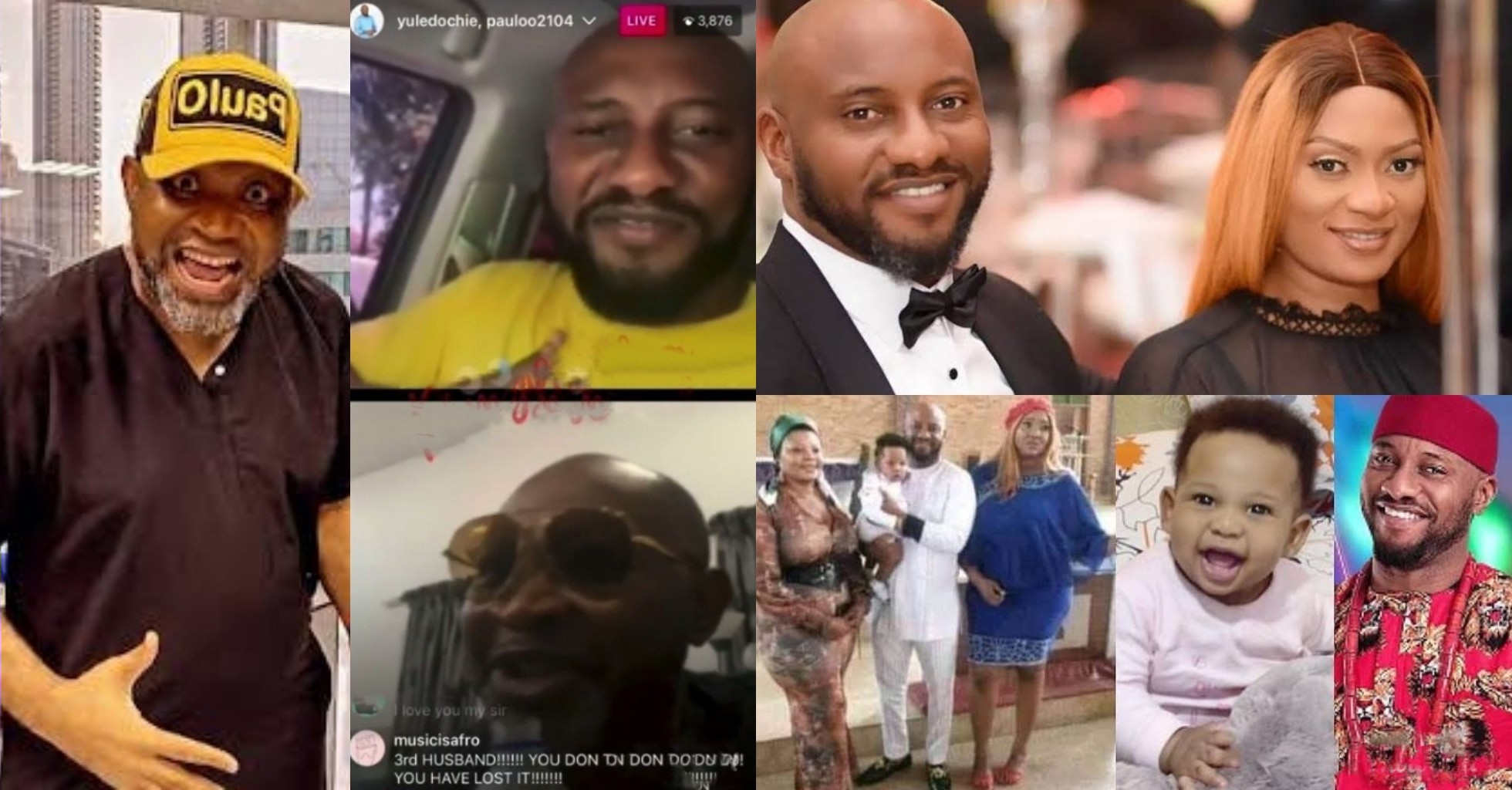 VIDEO: Yul in a live session with Paulo Okoye discusses wife, May and backlash trailing 2nd marriage to Judy

Popular Nollywood Actor, Yul Edochie has once again opened up on the controversies trailing his second marriage to colleague, Judy Austin.

Recently, The movie star had an Instagram live session with Popular show promoter, Paulo Okoye, where he talked about his first wife, May Edochie and second marriage.

During the interview, Yul reteirated that he doesn’t blame his critics because the deep adoration they have for him aggravated the online trolling he received from them.

According to him, Nigerians don’t know the root behind his decision to marry a second wife.

“I don’t blame them is the love that they have for me that made them react that way. They don’t know the root for it, there is a reason for it. They don’t live in my house. A man wouldn’t come out to say everything in his home they can insult me but they wouldn’t understand”, He stated.

Another portion of the live session captured moment Yul Edochie said he would never criticize or call out his first wife, May on social media.

However, he believes his marital issue is a test preparing him for the presidential seat in “Aso Rock”.

“One thing I will never do is to make my wife, May look bad in public”

“I believe this is preparing me for “Aso Rock” because for one to sit on that seat one has to be prepared for things like this”,